The icon and force that was Aretha Franklin may have transitioned in 2018, but her decades of musical excellence and her history of activism live on. Conveying the complex woman behind it all was the daunting task that Jennifer Hudson had to fulfill playing Franklin in the upcoming biopic Respect. 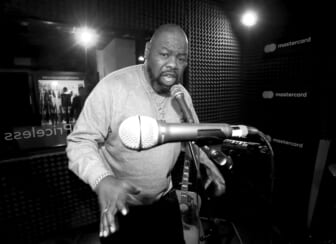 The biopic, delayed for a year by the COVID-19 pandemic, will be released on August 13.

Hudson sat down with Oprah Winfrey to talk about it on an OWN special, OWN Spotlight: Oprah and Jennifer Hudson, that airs July 20, at 10 p.m. It will also be available on Discovery + on July 21 and via the WatchOWN app.

Hudson, who stars in the film with Marlon Wayans who plays Franklin’s first husband, Ted White, says that although she was handpicked by Franklin for the role it still took preparation to be able to inhabit the legendary singer.

“That was different for me because we come from two completely different eras. Because in the 60s women didn’t have room to be vocal, to speak,” Hudson told Winfrey. “It’s a different time. So for myself, walking in, being from the era I come from, we’re used to having big personalities and taking up space. So it took a while to learn how she took up space…or not. Then keep in mind, she was a PK or preacher’s kid.”

Hudson continued, “Well, I come from the church and it’s a certain air that comes along with that as well, to have to keep in mind.”

Oprah interjected to say that Franklin’s father, Detroit pastor Rev. C.L. Franklin, was a renowned religious figure of the time who was an advisor to Rev. Dr. Martin Luther King. He’s portrayed in the film by Forest Whitaker. Hudson says she had to be mindful of that as well as the role Franklin herself played as an activist over the almost six decades of her career.

“You have to consider all those things to find who she was, to find out why she was the way she was. All of those questions were in my mind,” Hudson said.

As reported by theGrio, Hudson was picked by Franklin to play her in the biopic, in the works before she passed at age 76 after a private battle with pancreatic cancer.

“I have no words,” she wrote. “I will say while teaching me about your life, you taught me so much about life and schooled me in mine.” 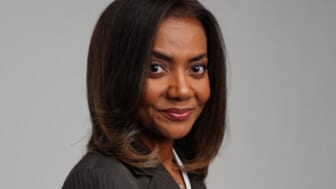 Also Read:
Patricia Mays to be executive editor of news at The Hollywood Reporter

Oprah and Hudson also discussed Hudson’s career, and her upbringing in the church, and how it impacts her music and life. Hudson shared how learning to play piano to portray Franklin has helped her find a new dimension in her approach to her craft.