Rapper Blueface was attacked by a fan after winning an exhibition boxing match against TikTok star Kane Trujillo on Friday night.

The “Thotiana” rapper was hit by an onlooker in the crowd who jumped in the ring moments after Blueface was crowned the winner of the Bare Knuckle Fighting Championship 19 in Tampa, Florida.

Blueface landed a couple of punches on the disgruntled fan before security stormed the ring and dragged the unidentified man out.

Fite TV, the digital video streaming service that hosted the fight, captured the moment of the attack and posted it on their Twitter page, writing ,“WE GOT AN EVEN BIGGER FIGHT AFTER THE #BOXING EXHIBITION ENDS!” 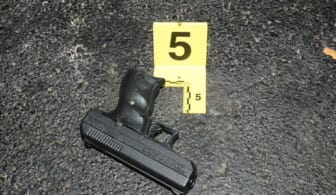 Before the brawl took place, the match was rather one-sided in Blueface’s favor, as he toppled Trujillo with his 6-foot 3-inch stature.

Although neither of the opponents displayed any technical expertise or fluencies during the match, the rapper was the better-prepared boxer of the two.

Blueface continuously jabbed a seemingly helpless Trujillo round after round during the match. Trujillo was mostly seen taking straight shots from Blueface and spinning away from attacks. At one point, Trujillo asked for a timeout after being hit with a strong right hand from the rapper.

Although Blueface was expected to knockout Trujillo, solely based on his size and performance during the fight, he was unable to drop the social media star by the end of the match.

Although the result of the match — Blueface reigning victorious — was not surprising, the rogue fan attacking the rapper shocked onlookers and Blueface himself, who was visibly angry. 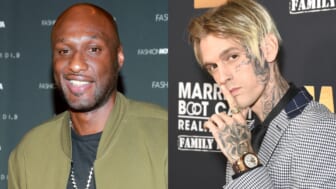 The Bare Knuckle Fighting Championship (BKFC) is a Philadelphia-based boxing organization that became the first to host legal, state-sanctioned, and regulated bare-knuckle events dating back to 1889.

The match between Blueface and Trujillo follows in line with the recent trend of celebrity/influencer boxing matches that have spiked in recent years. Most notably, boxer Floyd Mayweather and internet personality Logan Paul partook in a widely watched boxing exhibition on Showtime in early June, though it ended with no official winner.

Blueface announced his deal with BKFC back in June, telling TMZ at the time, “I never boxed. I’m a gang member, so I just fight a lot.” He added, “All I need is a little training—get the fundamentals.”

It has not been announced when his next fight will be.