"This tweet is exactly the BS behavior that puts Black trans women in danger," tweeted a Blac Chyna critic.

Black Chyna recently took to Twitter to air some details about the alleged sexual preferences of former boyfriend Tyga in two brief blasts.

Monday afternoon, the social media influencer tweeted “Tyga loves Trans, me  2” before firing off another tweet imploring the rapper to “Tell the truth.”

Many on social media didn’t take kindly to what appeared to be Chyna shaming Tyga for his sexual preferences. “Am I the only one who sees this as her being transphobic?” asked one Twitter user.

“Why you pressing him like it’s a bad thing cause no f**kn shade at all my T girls be eating most of you Cis girlies upppp,” wrote another user.

“I don’t know if Tyga dates trans women, but this tweet is exactly the BS behavior that puts Black trans women in danger when you out there shaming Black men for being attracted to trans women. Y’all nig**s love to punch down when everyone else is minding their damn business,” tweeted Kellee Terrell.

People also questioned why Chyna didn’t seem as upset about the fact that Tyga began dating Kylie Jenner when she was still very young.

It seems that Tyga has not responded to Chyna’s assertions, and she has not followed up her tweets with any more information about why she chose to post what she did. 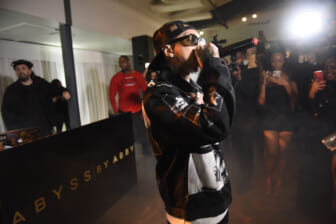 Also Read:
Tyga’s nude photos have been a trending topic for two days

The two have a son together, 8-year-old King Cairo, and, before this, it seemed that they had a cordial relationship.

This is not the first time Tyga’s alleged sexual preferences have been publicized. In 2015, details emerged about the rapper allegedly sending naked pictures to a trans model named Mia Isabella. Tyga’s team said that the photo was not sent to Isabella, and his lawyer, Lee Hutton, said at the time that he had enlisted the help of the FBI to find out who hacked the rapper. 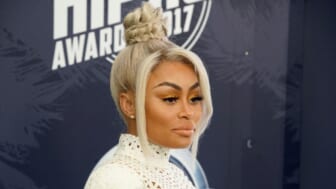 After the incident, Isabella released a statement about transgender discriminations, saying, “It’s very sad that the idea of a man loving a trans person has to be considered a scandal when all people are equal.”

“It shouldn’t be news,” Isabella continued, “it should be normal for anyone and everyone to be allowed to love who they choose. This person is not the man that I love but I have loved a few incredible and celebrated men in my life. I live my [life] in the open courageous and brave in my truth. I’ve been blessed to live in a time where my freedom has allowed me to create the woman I am today in my own image.”

Have you subscribed to theGrio’s podcast “Dear Culture?” Download our newest episodes now!