Federal court set to rule on eviction moratorium this week

The new moratorium was announced this month and is set to expire Oct. 3

A three-judge panel with the U.S. Court of Appeals for the District of Columbia is expected to rule this week on whether a moratorium against evictions imposed by the Centers for Disease Control and Prevention will stand.

The court late Saturday set an expedited schedule following an appeal by Alabama and Georgia realtors of a Friday ruling by U.S. District Judge Dabney Friedrich. The judge refused landlords’ request to put the Biden administration’s new eviction moratorium on hold, though she ruled that the freeze is illegal. In issuing her ruling, Friedrich said her “hands are tied” by an appellate decision from the last time courts considered the evictions moratorium in the spring.

The court has given the Justice Department until 9 a.m. Tuesday to respond. The plaintiffs have until Wednesday morning. The parties both asked the court rule by Thursday. 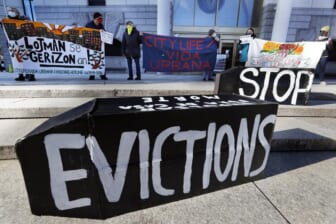 The new moratorium, which is set to expire Oct. 3, was announced this month and could keep millions in their homes as the coronavirus’ delta variant has spread and states have been slow to release federal rental aid. It would temporarily halt evictions in counties with “substantial and high levels” of virus transmissions and would cover areas where 90% of the U.S. population lives.

In seeking the ruling the realtors said, “This Court should do what the district court thought it could not.”

If the D.C. Circuit doesn’t give the landlords what they want, they are expected to seek Supreme Court involvement. 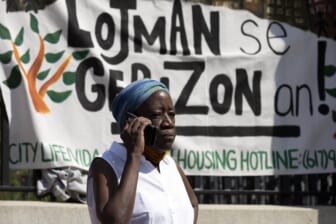 In late June, the high court refused by a 5-4 vote to allow evictions to resume. Justice Brett Kavanaugh, part of the slim majority, said he agreed with Friedrich, but was voting to keep that moratorium in place because it was set to expire at the end of July.

Kavanaugh wrote in a one-paragraph opinion that he would reject any additional extension without a new, clear authorization from Congress, which has not been able to take action.