"Sometimes I feel like the world just don't love me back," the 33-year-old star revealed

Gifted with powerhouse vocal ability and charisma to boot, American singer and songwriter Lizzo is known for being the life of the party, instantly lighting up sold-out stadiums across the globe from the moment she graces the stage.

Despite “putting so much loving energy into the world,” as she said in tears during a since-deleted Instagram Live on Sunday, she is constantly the target of hateful messages, many of which, she said, have nothing to do with her music.

After a two-year hiatus, the 33-year-old released her latest single “Rumors” featuring Cardi B on Friday, which quickly ascended to number one on the global iTunes charts before leveling out at number four.

While the song was met with several words of praise from some of music’s biggest names including Kehlani and Chloe x Halle, Lizzo said during the nearly 13-minute video that the barrage of negative comments she received continues to cast a dark raincloud over what would otherwise be a sunlit parade.

“On the days I feel I should be the happiest… I feel so down,” the three-time Grammy winner began, tears rolling down her face. “Like, I hurt so hard.” 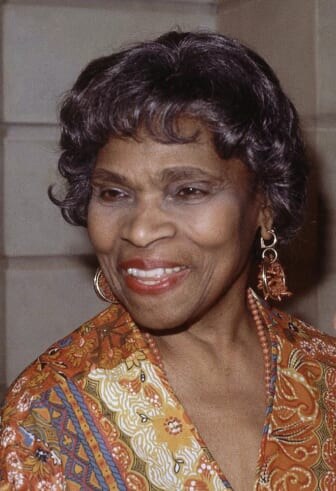 The Houston, Texas native said despite working “quadruple time” and promoting positivity, she feels her efforts are not reciprocated by the masses.

“Sometimes I feel like the world just don’t love me back,” she said. “It’s like it doesn’t matter how much positive energy you put into the world, you’re still going to have people who have…something mean to say about you. And for the most part, it doesn’t hurt my feelings; I don’t care. I just think when I’m working this hard, my tolerance gets lower. My patience is lower. I’m more sensitive and it gets to me.”

Lizzo continued by saying that she is “grateful” for the positive reception her new song has received, but continues to be judged for her body more than her body of work.

“I think I’m just overwhelmed,” she continued. “I think I’ve been in shock ever since the song came out… and I haven’t really been able to sit and just congratulate myself. Like, I did it. I dropped a song, I said everything I wanted to say, I make music that I like, that’s important to me, and I make music that I hope helps people. Period.”

The Truth Hurts singer avoided explicitly referencing any comment in particular, explaining to her 11 million-plus followers “I’m not even going to say them, to give them power,” but she said among the criticisms she receives is the claim that she makes music aimed at white audiences.

She thanked everyone who gives her music a chance, whether they reacted positively or negatively because the fact that they listened “means something” to her.

“For the people that just always have something negative to say about me, that has nothing to do with music, or the content of my character, or me as an artist, and just has everything to do with my body or whatever trope you think I fall into, suck my p**** from behind. ‘Cause y’all mother****ers gonna be the ones that’s catching up.”

“I strive for joy every single day… but on the way to joy you get sadness, you get exhaustion, you get anger, you get annoyed, you get tired and insecure,” Lizzo added. “On the road to joy there’s all these pitstops, and right now I’m just over it.”

“Y’all doing this to Black women over and over and over again, especially us big Black girls,” she continued. “When we don’t fit into the box that you want to put us in you just unleash hatred onto us. It’s not cool.” 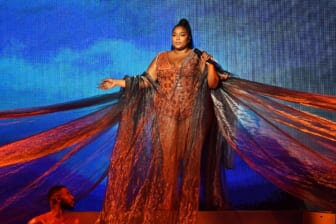 Also Read:
Lizzo gets candid about the lack of body acceptance in entertainment

Going forward, Lizzo declared she will only focus on positive comments, saying she doesn’t have time for the “internalized self-hatred” critics project onto her.

“I was overwhelmed today,” the megastar said with a deep breath towards the end of the video. “I saw a lot of things I didn’t want to see today. I read a lot of hurtful words that triggered a lot of deep feelings today. And I’m not even going to say them, to give them power. But what I will say is: Thank you. I love you as much as you love yourself. And I hope that you love yourself a lot.”

“F*** the haters… haters gonna do what they do,” she defiantly stated, assuring her supporters that she was okay. “They don’t know I do it for the mother****ing culture.”