Lizzo gets candid about the lack of body acceptance in entertainment

"It's like, 'How dare a pop star be fat?'...I had to own that," said the Grammy-winning musician

One thing about Lizzo, she’s always going to spread self-love and body positivity. The same can’t be said for the entertainment industry, according to the three-time Grammy-winning singer and songwriter.

On Friday, the 33-year-old sat down with radio host Zane Lowe for an interview on Apple Music’s New Music Daily web show, where she opened up about her experiences as a Black, plus-sized woman in the public spotlight, saying she has never had the “luxury of hiding behind anything.”

Lizzo said an aspect of her career that has been hard for her to “grasp” is that she has influenced a movement just by “being herself.” She recalled seeing an increase in the on-screen representation of plus-sized women after she wrote and released a song with the words “I’m in love with myself” repeated over and over.

“I was like, you know what? I’ve never heard anyone say that in a song so I’m going to say it. And I did it just kind of off the cuff, silly, funny, but I didn’t realize it would start this whole thing,” Lizzo told Lowe.

“I was watching a commercial and it was these big girls in it and it had nothing to do with being big. And I was like, did I do that, did I do that?” she said. 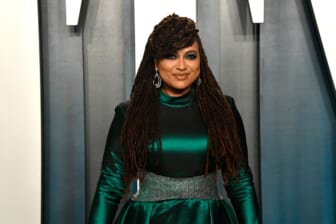 She continued to address body insecurities, saying that as a plus-sized woman she has never had the “luxury” of hiding behind a “marketable” outer appearance.

“I feel like fat is the worst thing people can say about me at this point,” Lizzo said. “This is the biggest insecurity. It’s like, ‘How dare a pop star be fat?’…I had to own that.”

“I feel like other people who were put on that pedestal, or who become pop stars, probably have other insecurities or have other flaws, but they can hide it behind a veneer of being sexy and being marketable,” she added.

She said she is often appalled at the way the entertainment industry and society as a whole repeatedly glorify the same demographics of people with very little progress being made when it comes to diversification although “so many other kinds of people exist.”

“Music can influence the culture and the way things look; commercials, billboards; but that changes so much. The infrastructure has not changed as much” Lizzo said.

“There’s still so many people who suffer from being marginalized systemically,” she continued. “Meanwhile, there’s a plus-sized Black girl at the GRAMMYs. But plus-size Black women are still not getting the treatment they deserve in hospitals and from doctors and at work, you know what I mean? We got a long way to go.” 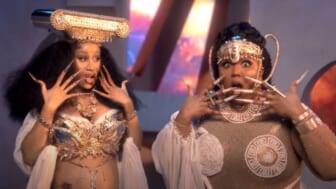 The interview was released the same day as Lizzo’s new song “Rumors” featuring Cardi B, her first song since 2019. Lizzo said “there was no one else” she could have envisioned being on the song with her.

“From the day the ink dried on her Atlantic contract, I said, ‘Please get me on a song with Cardi B.,’” Lizzo said. “She’s just funny. I like funny people and she can rap. You know what I’m saying? Seriously be rapping.”

“Cardi B is the ultimate. She, to me, has always done it right. Everything that she said, every way that she’s reacted because you know why? It’s because she was true to herself the whole time. She’s a groundbreaker,” Lizzo added.

“You can’t deny her ability. She’s a superstar. She has changed the game forever for a lot of us, a lot of women. I don’t even think she realizes she’s doing it because it’s just like, I’m trying to just be successful. I’m trying to get this money. I want to live a happy life. She just follows her heart. That’s what I love about her.”