Woo is one of the newest members on Nick Cannon’s 16th season of his MTV hit “Wild N Out'”. But during one of the show’s recent improv segments, entitled, “Outgoing Message,” where cast members and guests are asked to imitate outgoing voicemails of celebrities, many believe the Miami native took things too far.

The social media sensation and entertainer is known for having an amazing singing voice. When she was challenged to impersonate Houston, she kicked off with a rendition of Houston’s “I Will Always Love You” that impressed the crowd and her fellow castmates. 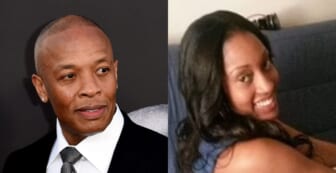 But after the initial applause, things got ugly when she ended her performance by singing, “And I…. I’m dead.”

The live audience was visibly stunned by the joke. Cannon, who usually takes things in stride, blurted out “Y’all all going to hell.”

“The show is called ‘Wild N Out. When you watch the show over the year, the men on the show get to come on the show and say the wildest things – the most disrespectful things and it’s still considered comedy,” she explained in the video picked up by TheShaderoom. 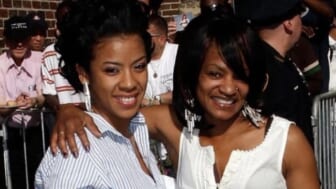 “I’ve always liked that because I’m somebody who… I love… I f–king love dark humor,” she continued, noting how over the last 16 seasons all of her fellow castmates have been given the freedom to push the envelope in a similar fashion.

She then took to Twitter and noted, “Male Comedians and folks on twitter make jokes about Whitney’s battle with drugs still till this day… but me impersonating her during a voicemail game by singing her song & saying “I’m dead” (a great excuse why she cannot come to the phone)… but I went too far?”

As a singer herself, Woo is undoubtedly a Houston fan. In 2019 while promoting her EP Moods of a Cancer, she sat down with theGrio to open up about how her love of music sparked her career.

“So a lot of people know me for all these different things but I grew up in the church…I grew up singing. My mom is a singer and so was my dad. My dad was preaching [and] my mom is an evangelist soo I grew up hearing them sing,” she said at the time.

“And that’s always what I wanted to do but I just had a very difficult journey, you know, following that dream and unexpectedly everything else happened.”

Despite the difficult journey, Woo successfully created her own digital empire.

“I think success is something that is self-measured,” she added. “There’s no one definition of success and especially for us Caribbean kids. We’re not all going to be the successful doctor. But some of us are creatives and there is room in this world to be a successful creative and I think that when you’re happy doing what your heart wants [you] to do, that’s success. So I think my top tip would be just to follow your heart, follow your happiness.”