STARZ released the first official trailer and key art from the highly-anticipated drama series BMF (“Black Mafia Family”) on Friday and viewers are in for a wild ride.

The upcoming STARZ original, based in Detroit, is inspired by the lives of Demetrius “Big Meech” Flenory and his brother Terry “Southwest T” Flenory, two men who took the drug game in Detroit to a whole new level. 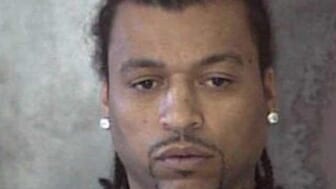 “BMF” is inspired by the true story of two brothers who rose from the decaying streets of southwest Detroit in the late 1980s and gave birth to one of the most influential crime families in this country. Demetrius “Big Meech” Flenory’s charismatic leadership, Terry “Southwest T” Flenory’s business acumen and the fraternal partnership’s vision beyond the drug trade and into the world of hip-hop would render the brothers iconic on a global level.

Their unwavering belief in family loyalty would be the cornerstone of their partnership and the crux of their eventual estrangement. This is a story about love, kinship and capitalism in the pursuit of the American dream.

We’ve already screened several episodes of BMF and it’s pretty clear that STARZ has another hit on its hands.

Considering the cast is led by Big Meech’s real-life son, Demetrius “Lil Meech” Flenory Jr., authenticity is a given and the performances from the rest of the cast are equally impressive. Da’Vinchi co-stars as Terry “Southwest T” Flenory and is joined by Russell Hornsby, Michole Briana White, Ajiona Alexus, Eric Kofi Abrefa, Myles Truitt, Steve Harris, and Wood Harris.

Aside from the main cast, expect to see some familiar faces floating around the D, including Snoop Dogg as the family’s minister Pastor Swift, and Eminem, who will portray another infamous drug dealer, Whiteboy Rick. Lala Anthony will also be making a few appearances along with Serayah.

In the trailer, we see The Flenory Brothers on the path to big money and big problems and get a sense of what motivates their hustle.

“Nobody gave nobody s— in this country, T,” Big Meech declares. “They didn’t give us our freedom, or the right to vote. We had to fight for that s—. That’s the same way as us fighting for independence in this game, man.” 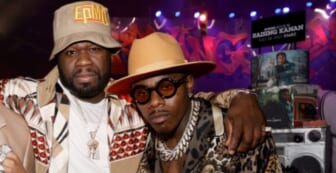 BMF premieres on September 26 on STARZ and we have a feeling it will be your next obsession.

While BMF is sure to show us how it all started, we already know how it’s actually going. Off the screen, Demetrius Flenory, 52, recently caught a break when three years were shaved off of his 30-year prison sentence. Terry Flenory was released from prison on home confinement last year due to the COVID-19 pandemic according to The Detroit News.