From the “Call Me By Your Name (Montero)” music video to his various headline-making performances, Lil Nas X is currently one of the biggest names in music. 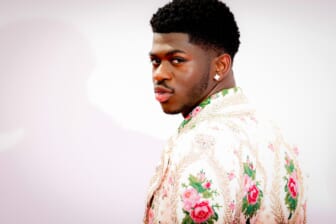 Expertly using social media to build anticipation for his projects, the rapper posts narrative videos and TikTok videos for his fans whenever a new project is set to drop, and his upcoming album is no exception.

On Wednesday night, he officially announced the arrival of his debut album, Montero.

In the rapper’s creative announcement video, fans are brought back into the narrative established with his “Industry Baby” video, in which Nas X is arrested and sent to Montero State Prison.

He tells the viewers in the video, “Breaking news: power bottom rapper, Lil Nas X and his Caucasian friend led a prison escape this morning. This comes just months after the talentless homosexual was sentenced to five years in prison. Investigators say anyone who comes into contact with the power bottom should contact authorities immediately.”

The sneak peek then shows the rapper driving through the desert and stopping at a phone booth. Then the clip shifts as Nas X falls into an abyss, and fans get a sneak peek at an upcoming song he is set to drop.

Nas X wrote in the Instagram caption accompanying with the video, “creating this album has been therapy for me. i’ve learned to let go of trying to control people’s perception of who i am, what i can do, and where i will be. i’ve realized the only opinion of me that really matters is my own. MY DEBUT ALBUM “MONTERO” ?? IS YOURS SEPTEMBER 17th. PRESAVE LINK IN BIO!” 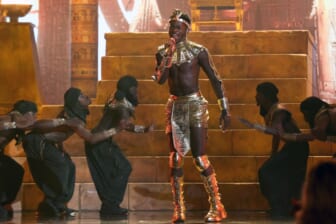 As theGrio previously reported, the openly gay rapper recently spoke publicly about his new relationship on his Variety cover.

Speaking about his sexuality and his new partner, he shared, “…I’ve grown into a person that is 100% open with it. I’ve had some good boyfriends and some bad ones. A lot of them were emotionally unavailable or had a lot of insecurity and what not…I’ve found someone special now. I think this is the one. I can’t explain it — it’s just a feeling.”