Drake confirms ‘Certified Lover Boy’ to be released on Sept. 3

ESPN aired a commercial for the pending Drake LP made to look like a glitch in and out of a "SportsCenter" broadcast.

Rap superstar Drake has confirmed that his long-awaited album, Certified Lover Boy, will be released at the end of this week.

On Friday, ESPN aired a commercial that was made to look like a glitch in and out of a SportsCenter broadcast featuring cryptic glimpses of a man holding a cardboard sign reading, “CLB September 3.” The clip caught attention right away with Drake’s fans assuming that the ad was for the rapper’s sixth studio album.

Drake confirmed the date in a post on Instagram on early Monday morning. The post featured a photo of a dozen pregnancy emojis and the caption “CERTIFIED LOVER BOY, SEPTEMBER 3.”

It quickly racked up over 1 million likes.

The LP was initially set to be released in 2020, but was delayed after Drake sustained an injury to his ACL and by the coronavirus pandemic.

The first official single on Certified Lover Boy was “Laugh Now, Cry Later,” featuring Lil Durk, which dropped over a year ago.

The release of the Drake project comes less than week after the release of Kanye West’s latest album, Donda. The two global icons have reignited a beef between them that’s been brewing since 2018, when West got involved in the public spat between Drake and New York emcee Pusha T. In a verse on the new Trippie Red single, Toronto native Drake said, “Ye ain’t changin’ sh*t for me, it’s set in stone,” referring to his own LP’s drop date. 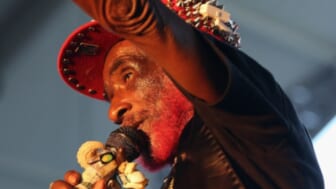 As previously reported, West’s childhood home in Chicago was vandalized after he briefly posted Drake’s home address. Signs that read “CLB coming soon,” “F*ck Justin LaBoy” and “45 44 Burnt Out” were left outside the house.

Fans are celebrating the pending release of Certified Lover Boy, with one writing, “Can someone please break my heart before Drake drops Certified lover boy, I want to feel it.” 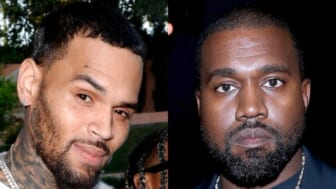 Others pointed out that there is still another rap titan that may soon be releasing a new album: Kendrick Lamar. On Friday, he returned to the airwaves with a feature on “Family Ties,” a new single by his cousin, rising-star rapper Baby Keem.

“Kendrick dropped on Friday. Kanye finally dropped DONDA on Sunday. Drake is dropping Certified Lover Boy on Friday,” a fan tweeted. “What have we done to deserve this week… we’ve finally made it.”