It’s time to return to The Matrix. While Laurence Fishburne seems to be missing, the new trailer for the upcoming Matrix sequel, The Matrix Resurrections has officially dropped and fans want answers as to where Morpheus is (or who is playing him).

The Matrix, which premiered in 1999, is still one of the most beloved science fiction films of all time. Spawning two sequels, The Matrix Reloaded and The Matrix Revolutions, the trilogy ended in November 2003. Now, fans are set to get another taste of the franchise when the highly anticipated sequel comes to theaters and HBO Max later this year.

The official trailer for The Matrix Resurrections finally dropped on Thursday, and now fans are breaking down the trailer moments and have plenty of questions for the series. 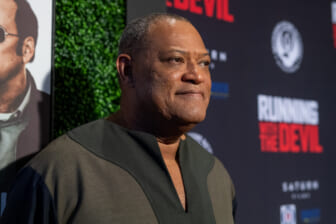 Also Read:
Laurence Fishburne says he has ‘not been invited’ to join ‘Matrix 4’

The trailer immediately reintroduces viewers to iconic characters from the original, including Keanu Reaves as Neo and Carrie-Ann Moss as Trinity. The film also brings some A-list actors to the sequel, including Watchmen‘s Yahya Abdul-Mateen II, Neil Patrick Harris, and Jonathan Groff. Still, the trailers left some fans scratching their heads when they did not see Fishburne, who starred in all three films as Morpheus.

One user wrote, “Wait…Laurence Fishburne ain’t in the new Matrix movie? Why the hell not???” Fans also immediately clocked that Abdul-Mateen’s role seems to be eerily similar to Morpheus, leaving some to wonder if he is playing a younger version of the iconic character. One user tweeted, “There’s only one Morpheus for me and that’s you #TheMatrixResurrections,” while sharing a picture of Fishburne.

Writer and freelancer Richard Newby wrote in a tweet, “Pretty bummed Laurence Fishburne isn’t in the new Matrix. There will probably be an explanation and it seems like Yahya Abdul-Mateen II is playing a new iteration of Morpheus. But Fishburne is my favorite part of that OG series. The fact he wasn’t contacted at all makes me sad.”

In a post on Thursday morning, Abdul-Mateen II took to his Instagram account to confirm that he is in fact playing Morpheus in the film. He wrote in a caption, “MORPHEUS ⁣#TheMatrixMovie,” along with a still from the trailer. 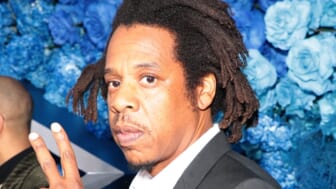 This recasting may explain why Fishburne revealed last year that he was “not invited” to the sequel, as theGrio previously reported. He told New York Magazine at the time, “I have not been invited. Maybe that will make me write another play. I wish them well. I hope it’s great.”

Check out the trailer for the sequel below: