The official Tidal Twitter account also chimed in, and many people believe it's Jay-Z himself having his say in the debate.

A new meme asking to choose between $500,000 or dinner with Jay-Z has gone viral, and it looks like the rapper-mogul may have finally responded in the debate.

While the “dinner with Jay-Z” trend on Twitter has surfaced before, this week, the idea completely took off when someone tweeted their thoughts on the delusional dilemma. User @profitwithant wrote in a tweet: “I’ll explain since most can’t comprehend Dinner with Jay-Z is the better option over $500K because of the knowledge & expertise he has. He’ll give you the blueprint on being wealthy and successful. His knowledge will be worth more long term than the short term $500K.” 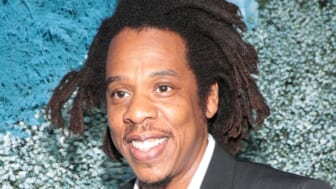 “The right mentor will guide you to success,” the user continued, “shortening your losses and learning code. The right mentor is a cheat code leveraging their experience and expertise and that is PRICELESS!” This stance resulted in thousands of tweeters sharing their own opinions on the dilemma and what they should choose if presented with the situation.

Other users seemed to want more clarity in exactly what will be said at this imaginary dinner and if it would truly be worth missing out on a half million dollars for one meal.

“Ain’t no stipulations to this dinner or nothing,” @TheHeyTonyTV tweeted. “All Jay-Z gotta do is sit at the table & eat then leave. Don’t even gotta say a word. & y’all will be left with no knowledge and no 500K.”

Many seemed to think Jay-Z, a mogul in his own right, would advise people to just take the money over one meal with him. Vanessa La Rue Veasley wrote, “Crying while eating my food at dinner with Jay Z cuz he won’t stop laughing at me for not taking the money,” while sharing a GIF of a toddler in tears while eating.

While the rapper himself appeared to be silent on the issue, it’s suspected Jay-Z may have finally shared his opinion through the Tidal Twitter account. It still remains unclear whether it was the man himself or just the account for his streaming service sharing this opinion, but Wednesday afternoon’s Tidal tweet simply read, “Take the $500K.” in a now-viral response.

While one would think this could end the argument altogether, some are still not convinced this is the right option, with many believing this is Jay-Z’s way of “testing” his fans and followers.