Tameka Foster Raymond opens up on son’s death: ‘He fulfilled his contract on earth’

The 11-year-old stepson of R&B superstar Usher Raymond died in July 2012 after a Jet Ski collided with his inner tube.

Tameka Foster Raymond is opening up about how she found peace in her life after the devastating loss of her son, Kile Glover, nearly a decade ago.

The 11-year-old stepson of R&B superstar Usher Raymond died in July 2012 after a Jet Ski collided with the inner tube he was riding on during a family outing at Lake Lanier just outside of Atlanta. Two weeks after the accident, Kile died in a local area hospital.

The fashion designer and stylist is preparing to release her new memoir, Here I Stand… In a Beautiful State, and she recently sat down with Tamron Hall to reflect on her life, her book and how she found peace and healing after the death of her son.

“I realize we all have a certain amount of time on earth,” said Foster Raymond. “Whatever our time is, we don’t know how much time we have. And I realized that he had fulfilled his contract. He had done what he was supposed to do on Earth, and I know it’s hard when people hear me say that because they go, ‘How can you say that? He was only 11.’ But he had made such an impact, and he had such good energy, and he was such a good person.”

Kile’s passing came as Foster Raymond and Raymond were in the midst of a battle for custody of their two children, Usher V and Naviyd Ely, which the singer won. The couple was wed from 2007 to 2009.

In 2013, Foster Raymond requested an emergency hearing to change the pair’s custody agreement after Usher V almost drowned when his arm got caught in a pool drain. He was treated in an ICU unit just a year after Kile’s death. Raymond retained full custody of their sons.

Foster Raymond told Hall she spent 10 years in denial about her son’s death. She would host huge celebrations on his birthday, she notes, contending that she has just come to a more healed state in the past year. 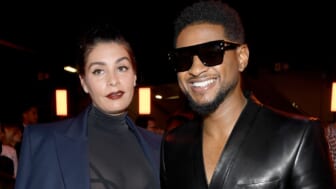 In a recent interview with Essence, she said she has forgiven Jeffrey Hubbard, the family friend who was driving the jet ski that struck Kile and a young girl, who survived the accident. Hubbard was sentenced to four years in prison in 2014 after being found guilty of homicide by vessel, serious injury by vessel, and unlawful operation of a personal watercraft.