Former Patriots quarterback Cam Newton says he was caught by surprise by his release in New England and believes his weeklong absence near the end of training camp due to a mishap related to COVID-19 testing protocols contributed to coach Bill Belichick’s decision.

In a 45-minute video posted on social media Friday, Newton, 32, made it clear he doesn’t plan to retire and thinks rookie Mac Jones will have success as the starter this season.

Joined by his father, Cecil Newton Sr., and sitting at the 50-yard line of his alma mater Westlake High School in Atlanta, Cam Newton said though the Patriots coaching staff never treated him differently, he did begin “seeing signs of change” late in training camp that led him to believe his starting job might not be secure.

Newton started each of New England’s three preseason games, but also missed five days of practice leading into the exhibition finale against the New York Giants after a “misunderstanding” of NFL COVID-19 protocols. Newton attended a doctor’s appointment in Atlanta, and because he was unvaccinated, he had to stay away from the team for five days. 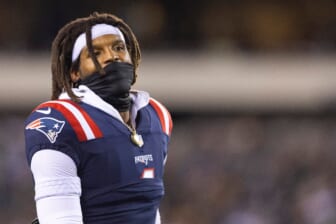 “Do I think this would have happened without me being away from the team for five days? Honestly, yes,” Newton said. “It was going to happen. Did it help ease the decision? Yes.”

Newton tested positive for COVID-19 last season, forcing him to miss a game. But following his release, Belichick emphatically denied that the prospect of Newton potentially being unavailable this season because he hadn’t been vaccinated played a role in the team’s ultimate decision to cut him.

Jones, the 15th overall pick in April’s draft, became the first quarterback ever selected in the first round by Belichick during his 21-year tenure in New England. He is slated to become the first rookie quarterback to start the opener for the Patriots since Drew Bledsoe in 1993 when they host the Miami Dolphins.

“But they were going to win them with you as well, too,” Cecil Newton interjected.

“That’s a fact, too,” Newton replied. “But I don’t want the audience saying ‘He’s just saying that because he’s not there no more.’ No, Mac is good enough. I think when they picked him the selection that they did pick him…one of those things that they wanted to find out is, ‘Is he capable of leading this offense to be productive?’” 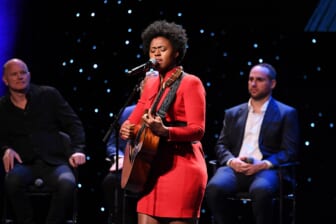 Newton said if given the opportunity to be Jones’ backup he would have taken it.

“I would have said absolutely,” Newton said. “The truth of matter is this: He would have been uncomfortable.”

Newton’s prospects for landing another starting job in the league aren’t clear. He was 7-8 as the Patriots’ starter in 2020 and was mostly inconsistent.

He led the team with 12 rushing touchdowns but threw for only 2,657 yards and eight touchdowns with 10 interceptions. The passing yards and TDs were the fewest of his career except for 2019 in Carolina, when he appeared in only two games before being sidelined for the remainder of the season due to injury.

Newton said being at home for the start of an NFL season is “foreign” to him, but he insists there will be another chapter.

“Do I have a lot of football left in me yet? Absolutely,” Newton said.