Karen Civil embroiled in social media controversy after being accused of taking advantage of clients like Jessie Woo, Joyner Lucas

Woo claims that Civil booked her for a fake event to get her personal information, then served her with extortion papers

Civil served the comedian with lawsuit papers by booking her for a fake event using “a non-existent company in order to obtain personal information.” Woo said that when she arrived at the booking, she was given the lawsuit documents which said that her actions, the alleged slander or libel, cost Civil $3 million.

Woo, whose full name is Jessica Juste, said in an Instagram post that Civil’s lawsuit was an effort to silence victims who cannot afford to go against powerful music executives.

“Often times people go silent in this industry because they cannot afford to defend their factual truth,” said Woo in the post. “Keep this in mind before you attack the underdog. She thought I wouldn’t defend myself.”

In a statement to theGrio, Civil says that all of Woo’s claims of extortion and social threats “have no merit or truth” and that it is unfortunate that Woo has “decided to use her platform” in this way.

“It’s a very unfortunate situation where two Haitian-women people who started off as associates, but unfortunately Jessica decided to use her platform to discredit and slander my name in the purpose of gaining notoriety and popularity for herself,” Civil told theGrio.

In a tweet, which has since been deleted, Civil also claimed that Woo has “animosity” toward her because they are no longer friends and Woo “no longer [has] access due to boundaries.”

During a Clubhouse conversation on Saturday with media entertainment blogger Jason Lee, who owns the gossip site Hollywood Unlocked — the account which posted the deleted tweets of Civil’s initial response to Woo — Civil admitted to hiring a hacker to take down Lee’s website because he did not remove a story that painted her in a bad light. 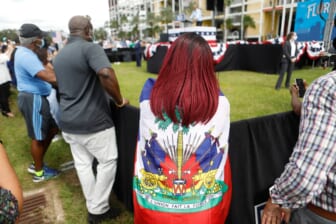 The once-friendly relationship between Woo and Civil started to go south in 2020, according to Civil’s lawsuit.

The 34-year-old marketeer alleges that she mentored Woo over the years, getting her invitations to industry events and even helping land a gig singing the national anthem at the 2020 Clippers playoff game against the Nuggets.

However, later in 2020, Woo blasted Civil in a series of deleted tweets, accusing her of stealing her podcast idea. Civil currently hosts a podcast called “Girl I Guess.”

“What does Karen do besides steal,” said Woo in one tweet about the instance. She also responded to a commenter saying, “you don’t know what (Karen Civil) is doing behind the scenes and the phone calls she’s been making.”

She then invited her followers who have witnessed or been done wrong by Civil to email her.

The suit claimed that those actions have “irreparably caused damage to Civil’s credibility as a social media and digital marketing strategist, damaging her brand and her potential to do business within the entertainment sphere.” 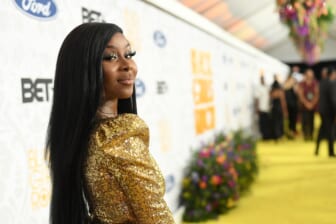 The allegations from Woo sparked others to come forward about their poor experiences with Civil.

Musician Joyner Lucas detailed his dealings with Civil, who he claims stole $60,000 from him. He hired her for a consulting job at the start of his career, and she allegedly never delivered.

“I was desperate for help and you knew that,” he said in series of tweets about the 2016 incident. “After you was paid you went ghost and didn’t expect me to pop.”

Lucas said that after he paid Civil, she stopped answering his calls or had an attitude with him without delivering on her services.

“Il (sic) never forget the day you went on vacation with my money,” he said in a post. “And then picked up the phone when I called you because you went ghost, and you flat out told me ‘stop calling me I’m on vacation’.. Rolling on the floor laughing you know how long I been waiting to do this? I been hating you for many years bruh.”

In 2016, Cam’ron publicly accused her of stealing $60,000 from an affiliate, which ultimately came out of his pocket.

“I haven’t went in on Karen ever and been proud of what she’s accomplished,” Cam’ron began the post with. “Even if she’s lied and stole to get there. But u not gonna put me in ya bullsh*t.” 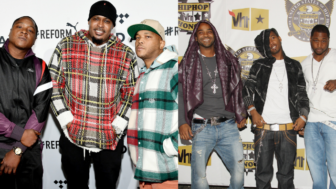 Civil has maintained her innocence and said she tried to make amends with Woo.

“We had an off-line conversation to try to hash out her personal issues which were b/c of a third-party and not necessarily her own thoughts,” she said to theGrio. “Ms. Juste then decided to go back on social media continuing to make slanderous and numerous defamation remarks.”

She said that she is prepared to go through the legal proceedings is “looking forward to moving forward with my career.”