Puerto Rican rap icon Fat Joe may be known as the most unproblematic rap star out there, but even a nice guy can have a misogynoir moment 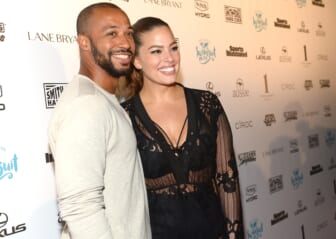 Last week, some of New York’s favorite hip hop and R&B legends came together at the Hulu Theater inside Madison Square Garden to celebrate the Verzuz battle between Ja Rule and Fat Joe.

As we previously reported, both men brought out their shared collaborator — Ashanti —who performed with both artists. But Joe went the extra step by giving both Ashanti and his frequent collaborator Remy Ma pricey Birkin bags as gifts to celebrate the occasion.

However, at one point during the battle all that chivalry clearly went out the window when Fat Joe referred to Lil Mo and Vita as “dusty b****es,” on camera and then quipped that Ja Rule had to “go to the crack house” to find them.

Not surprisingly, referring to two Black women as dusty crack addicts didn’t go over well on Black Twitter. But to his credit, as soon as he recognized the error of his ways, the 51-year-old reportedly apologized to the women repeatedly behind the scenes and also in public.

“Shout to the ladies very sorry if I disrespected,” he tweeted. “I love Vida and Lil Moe I’m super sorry love my sisters.”

Although most agreed that Joe’s comments were wrong, others felt like he should have gotten an automatic pass because we all know what a kind, stand-up dude he is.

While I agree that Fat Joe is indeed one of the least harmful artists from the OG set of hip hop MC’s, I don’t feel like that alone should make him above reproach. His comments weren’t just tasteless, during this reunion of sorts that took place — he unintentionally reminded us of just how blatantly misogynistic hip hop was allowed to be back in the day, especially to Black women.

It also shows how even in 2021 – on the heels of us losing actor Michael K. Williams – we still show very little sensitivity to those in Black and brown communities who are suffering from the illness known as addiction.

Lil Mo,’ who said she was deeply offended by the incident, addressed this point head-on when she noted while speaking to TMZ, “Everyone may have seen or me speak up and recently being clean from opioid addiction. So saying, “Those are the kind of bitches you get from the crack house,” it’s like, whoa. We’ve seen the recent deaths from people overdosing and stuff, from the DMXs, to the Michael K. Williams. We’re not going to play those type of games, because you don’t know what anybody’s dealing with.”

I could not have said it any more perfectly myself.

How do we go from sending ‘Rest in Peace’ messages reflecting on how addicts often suffer in silence one minute, to then calling people names that create the exact sorts of stigmas that makes them suffer in silence?

Do I think Joe had any of that in mind when he started spitting out jabs like he was on the block talking smack to his homies? Of course not. Nothing in his character would lead anyone to believe he had malicious intent.

But like I always say, “Intention does NOT negate impact.”

And so we still need him accountable, without attempting to silence the people he offended.

Otherwise, it sends the message that protecting a man’s ego is more important than protecting a woman’s emotional safety.

Which brings me to another observation, directed at my sisters specifically: when a man undeniably hurts a Black woman and she has the courage to admit she’s been affected, it is NEVER a good idea for other Black women to pull a “pick me” and come to his defense or try to coerce her to swallow her pain.

Case in point, when Lil Mo’ made it clear that being disrespected with the whole watching wasn’t something she could just laugh off, Remy Ma instantly caped for Joe in a matter that had nothing to do with her.

“Stop it Mo, you know damn well Joe ain’t on it like that,” Remy’s clapback began. “First of all, you V, Shanti—or nobody had come out yet—when him and Ja was going back & forth; we didn’t know who was in the back. Second…I was in the car when you walked thru the parking lot and he hugged you, & showed mad love as usual…no need for your followers to tell him anything, as someone that personally knows you I’m sorry you were offended—you can call my phone; matter fact I’m gonna dm you my number in case you don’t have it anymore—but also as someone that personally knows Joe he was not intentionally trying to hurt anyone—it was a battle between friends that are like family, sidebar: #streetcode don’t do social media.”

Sis. I know what it’s like to be protective of your friends. I have a ton of guy friends who I adore and if anyone ever tried to come for their character I would probably feel some type of way as well. But when MILLIONS are watching, silencing a woman for rightfully advocating for herself sends a very dangerous message to young women everywhere — your daughters included.

Trust me, I take no joy in seeing such a sweet man called to task, but we can’t only call out people we don’t like. “Good dudes” can still have misogynistic and harmful moments and they need to be held accountable as much as our favorite toxic supervillains. 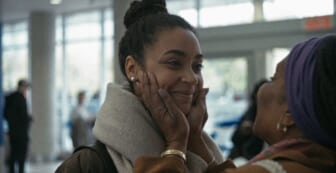 In a world where everyone is constantly complaining about “cancel culture,” we have to remember that accountability is not the same thing as canceling and that NOBODY should ever be immune to being challenged to do better.

If we don’t hold each other accountable, who will?