"RuPaul's Drag Race" won the prize for top competition program for the fourth year in a row Sunday night.

RuPaul Charles has become the most awarded Black artist in Emmy Awards history after RuPaul’s Drag Race won the prize for top competition program for the fourth year in a row Sunday night.

In his acceptance speech, RuPaul celebrated the contestants who compete on the show.

“They are so gracious to tell their stories of courage and how to navigate this difficult life, even more, difficult today,’ the 60-year-old said while accepting the award. “This is for you,” 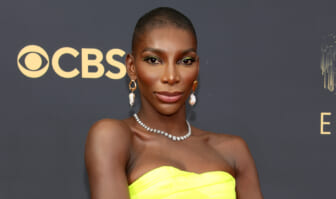 The show — of which Charles serves as host and executive producer — proudly tweeted, “Herstory in the making! Condragulations to our very own Supermodel of the World @RuPaul on becoming the most awarded person of color in #Emmys history! #DragRace.”

Cinematographer Donald A. Morgan, who worked on such hit TV shows as Girlfriends and My Wife and Kids, was previously the most Emmy-awarded Black, with his 10 wins; RuPaul surpassed Sunday that record with this 11th win. The pioneering gay superstar took home the win for outstanding host for a reality or competition program for a sixth straight year last week at the Creative Arts Emmys.

Joey Nolfi, a writer and podcaster, shared on Twitter: “RuPaul is now the most-decorated Black artist since the #Emmys began in 1949. 166 queens on Drag Race over 12 years. 11 personal awards. That’s herstory.” 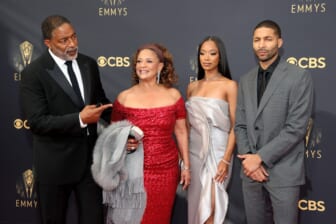 In 1993, RuPaul won two Billboard Music Awards for his hit single, “Supermodel (You Better Work).” In 2018, he was awarded with a star on the Hollywood Walk of Fame for his contributions to the television industry, the first drag queen to be given the award.

In another historic achievement, Australian scientists recently named a newly-discovered soldier fly after RuPaul. The Opaluma RuPaul has iridescent colors and thorns on the underside of its abdomen.