The Fugees reunite for surprise pop-up performance in NYC

For the first time in 15 years, The Fugees (Wyclef Jean, Pras Michel, and Ms. Lauryn Hill) performed in front of 3,000 guests at Pier 17, an NYC rooftop venue. Hill told the guests at the concert that it was “destiny” that brought the group together again on stage after all of this time. 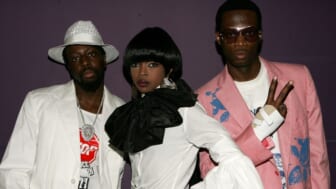 Also Read:
The Fugees to reunite for tour for the first time in 15 years

The concert was in partnership with Global Citizen and Live Nation, with the band reportedly performing hits like “How Many Mics,” “Zealots” and “Fu-Gee-La,” to name a few. The concert is being described as a “soft launch” for The Fugees’ Diaspora Calling reunion tour that kicks off in November, as theGrio previously reported.

Craig Jenkins, a music critic at Vulture, live-tweeted the event. He wrote, “the fugees came out with a ten piece band. full horn section, backup singers. beautiful chaos. clef tried to get lauryn to do a freestyle but she told the story of how they met instead. we got all the hits from the score and ‘how many mics’ and ‘zealots.’ still in disbelief tbh.”

Jenkins continued to write about how the group apparently “still has it”. He shared in a tweet, “lauryn’s vocals are gooood. clef don’t miss a word. pras as held it down. mannn.” 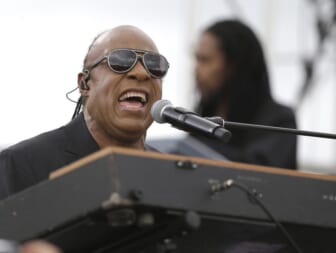 Global Citizen Live said the event is dedicated to “calling on world leaders to defend the planet and defeat poverty,” which Jean certainly adhered to during the concert. The performer called out the Biden Administration and their response to the Haiti migrant crisis at the border during the show, according to Rolling Stone. He said on stage, “President Biden, I want you to do me a favor…give the Haitians a pass like you did with the people coming from Afghanistan.”

This comparison was recently made by co-host of The View, Sunny Hostin, who slammed US policy when it comes to Haiti during Tuesday’s broadcast.

Hill released a statement a few days ago in regards to The Fugees 25th anniversary and the upcoming tour, theGrio previously reported. She shared in a statement obtained by Variety, “The Fugees have a complex but impactful history. I wasn’t even aware the 25th anniversary had arrived until someone brought it to my attention. I decided to honor this significant project, its anniversary, and the fans who appreciated the music by creating a peaceful platform where we could unite, perform the music we loved, and set an example of reconciliation for the world.”