Tuesday's event will feature mostly virtual events, due to the COVID-19 pandemic, live-streamed at www.obama.org.

The official presidential center of former President Barack Obama will finally break ground with a special ceremony on Tuesday, Sept. 28 in Chicago. The event will be attended by the former president and former First Lady Michelle Obama, as well as Illinois Gov. J.B. Pritzker and Chicago Mayor Lori Lightfoot.

The Obama Presidential Center is a campus that will house a museum, public library branch, children’s center and other gathering spaces, and its location is between the north and south sides of the city, chosen as a point to draw the two divisive areas closer together — at least symbolically.

The presidential center is being built in the historic Jackson Park area of the city and has earned some pushback for its locale. A lawsuit is still pending by groups who are calling for a halt to its construction, asserting it could cause “irreparable harm” to the park by tearing up roads, cutting down trees and diverting traffic into Hyde Park, per Politico. However, a judge has not intervened with the groundbreaking, even as the unlikely case is pending.

Tuesday’s ceremony will feature mostly virtual events due to the coronavirus pandemic and will be live-streamed at www.obama.org.

In a video announcing the groundbreaking, released on Friday, the Obamas spoke of their love for the city where Mrs. Obama was born and raised and where President Obama got his start in public service. It is also where they were married. In the video, Mrs. Obama said, “This project has reminded us why the South Side and the people who live here are so special. And it’s reaffirmed what Barack and I always believed that the future here is as bright as it is, anywhere.” 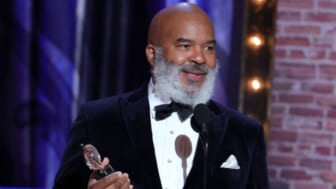 The Obama Presidential Center will span 19.3 acres and will take about four years to build. According to The Chicago Sun-Times, the price tag for the center is currently $830 million. It will also feature an athletic and event center, a forum with a restaurant, an auditorium, recording studios, garage and a Chicago Public Library branch.

The funds for the project are being raised privately by the Obama Foundation, which also paid the Chicago Park District $3.5 million to fund a new athletic field. 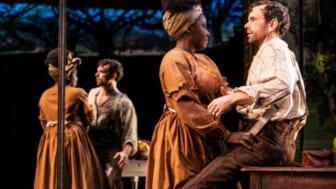 As previously reported, the Chicago Southside Wolfpack football team lost their field to the center, but a new one was built nearby. The former president stopped by their practice earlier this summer, where he spoke to the young people about the center.

“That was one of the biggest things that we said … we said we needed this because we call this our sanctuary, and we have to have this field,” Coach Ernest Radcliffe said. “To come here and stand in front of our kids and talk to them, he gave them hope.”