Michelle commemorated the occasion on Twitter with a tribute to how far the couple has come in the 29 years since they read each other their vows and said “I do” at Trinity United Church of Christ in Chicago in 1992.

“How it started vs. how it’s going,” Michelle wrote, juxtaposing a photo of the couple posed together on a couch in their younger years with a current photo, posed similarly on a couch. 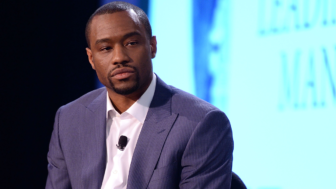 In 2020, with their 28th anniversary landing less than one month away from Election Day, Barack and Michelle asked the public for a gift: to vote in the 2020 presidential election between Democratic candidate and current President Joe Biden and Republican candidate and former President Donald Trump.

“This year, while we appreciate all your well-wishes, what we’d really love is for each of you to reach out to one person in your life who might not vote,” Barack wrote on Instagram. “Help them get registered. Help them make a plan to cast their ballot. Send them to iwillvote.com to get started. Happy anniversary, Miche. Love you.”

Michelle wrote on Instagram: “This year, we have a request for you — pick one person in your life who might not vote and make sure they do. Tell us about it in the comments! That’s an anniversary message of the best kind. Love you, Barack.”