How do vaccines work?

Let’s take a second and break down how most vaccines work.

With everything we’re hearing in the news about vaccines, do you fully understand how vaccines work in general? How about the flu shot? Or the tetanus vaccine? Do you know why you feel sick and achy after you get certain shots?

Let’s take a second and break down how most vaccines work.

When we get sick with any germ, it invades our bodies and multiplies. That’s an infection, and it usually causes an illness that makes us feel crappy. Our immune system – mostly white blood cells, but also red blood cells – rallies and plays a role in fighting off the infection in different ways.

For some of those illnesses, after about two weeks, the infection leaves behind fighter cells that remember what the germ looks like. So when the body sees it again, those cells are ready to fight it off, and you hopefully will not get sick with that particular germ again. Or if you do, you won’t be deathly sick. 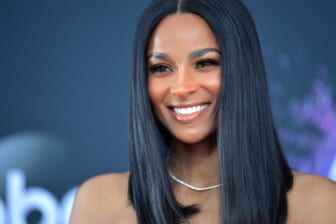 Vaccines are basically a way to recreate that whole scenario, without you actually getting sick. Vaccines have particles that look like the virus, but can’t actually infect you. It’s like a dress rehearsal.

In the case of the flu vaccine, it’s either dead virus in the shot, or a really weak form of the virus in the nasal spray. If you’ve never been exposed to those strains of flu before, then you may get a fever, muscle aches, stuffy nose, or sore throat — but it’s short lived.

Your body reacts this way, not because you actually got infected with the flu, but because it’s going through the dress rehearsal as if it’s being infected… without the dangers.

So, when your co-worker has the flu and sneezes on you three weeks from now, your body is ready. And those fighter cells, or antibodies, will recognize the flu virus and fight it off right away. So you’ll either not get the flu at all, or you’ll get a milder version of it.

The issue with flu in particular is that it mutates or changes every season, so we have to change the flu shot to keep up with those changes.

But, despite what you may hear, the flu shot cannot give you the actual flu. And neither can the other vaccines, such as tetanus, measles, mumps, or chickenpox. You feel crummy because your body is reacting to the germs in order to get ready for the next time.

That’s why kids get cranky or have a fever after their routine shots as well. Their bodies are fighting as if it’s the real thing, but again — without the dangers of actually having the infection.

The Johnson and Johnson, Pfizer, and Moderna vaccines being used are focused on a harmless protein on the outside of the virus itself. The vaccines either include the protein in the shot or trigger the body to make that protein. Then, the body’s fighter cells start fighting against the protein because it’s foreign. The thought is that when those same fighter cells, or antibodies, see the real virus, it will be ready to attack it immediately — even before it multiplies and infects the person.

Dr. Tyeese Gaines is a physician-journalist with more than 20 years of print and broadcast experience, and an emergency medicine physician based in New Jersey. Follow her on Twitter and Instagram. Check out more Black America’s Health context on YouTube!