Will Packer set to produce 2022 Oscars

In the last two decades. the prolific film executive has his hands in the creation of many Black-led films 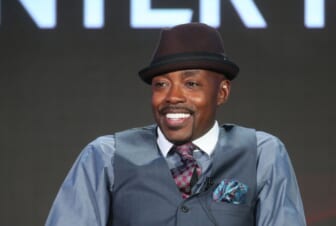 It’s the first time the Emmy-nominated Packer, perhaps best known as producer of the uber-popular 2017 raunchfest Girls Trip, will be involved with the ceremony. Shayla Cowan, chief of staff of Will Packer Productions and Will Packer Media, will serve as co-producer.

“The power, the beauty, the romance of the imagery in movies has always attracted me. I’m fully embracing the challenge of bringing an ode to one of the most iconic mediums in the world to life. What an honor!” said Packer, via press release.

“Will is a powerhouse producer who has enjoyed success across all movie genres. He’s already bringing a boundless energy and a focus on innovation to this year’s Oscars to entertain the widest spectrum of fans. Many wonderful surprises ahead!” Rubin and Academy CEO Dawn Hudson added.

Packer, a Florida A&M University graduate, is the founder of Packer Media and Will Packer Productions, which has produced several films that opened number one at the box office, including Think Like a Man Too, Ride Along Too and No Good Deed. Girls Trip, 2017’s highest-grossing comedy is the studio’s biggest hit to date, and is the first film written, directed and produced by African-Americans to gross more than $100M.

Packer Media recently partnered with iHeartMedia to launch The Lower Bottoms, a scripted podcast series about a gentrifying neighborhood in West Oakland, California to be narrated by Frasier alum Kelsey Grammer, Forbes reported.

“There is no one better than Will Packer to celebrate our collective love for cinema,” said Craig Erwich, president of Hulu Originals and ABC Entertainment. “Will is a world-class hitmaker and the ideal producer to capture the prestige of The Oscars and deliver a powerful and moving event.”

The 93rd Oscars took place April 25 in Los Angeles’ Union Station and the Dolby Theatre in Hollywood, and was co-produced by director Steven Soderbergh of the Ocean’s Eleven films. The ceremony, pared-down in line with COVID-19 protocols, received abysmal reviews and, at just under 10 million viewers, is the least-watched Oscars ceremony since Nielsen started keeping track in 1974. 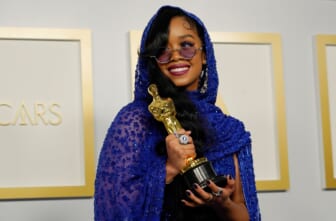 Also Read:
Oscars viewership falls to under 10 million for first time ever

It was the Oscar’s third year without a host since Kevin Hart resigned his hosting duties after controversial, homophobic tweets resurfaced.

The 94th Oscars will return to the Dolby Theatre at Hollywood & Highland Center in Los Angeles and air live on March 27, 2022.