Students were asked to create an app to help at-risk, first-time homebuyers

The top three finishers offered a technological solution to challenges that newbies to the housing market struggle with.

Six teams advanced to the final round and a team of four Morehouse College students won first place and $20,000 for its program that uses machine learning to predict increases in rent and utility costs at a particular address over time and offering renters early warning about looming affordability challenges, per a press release. The second and third-place winners also received a cash prize. The winning students received new laptops, textbook gift cards, and tickets to the AfroTech World 2021 conference.

As part of the first-place prize, Zillow will donate $25,000 to Morehouse College’s computer science program.

“We are incredibly impressed with the ingenuity, passion and leadership the students showed at Zillow’s HBCU Housing Hackathon,” said Aldona Clottey, Zillow vice president of Corporate Social Responsibility and one of the judges. “It was inspiring to see everyone dig into this challenge and bring their perspective on solutions to some of the problems people face when it comes to renting, buying or selling a home. These students showed us that our future is in great hands and we are proud to support them and the institutions that serve them.”

The hackathon was judged by Zillow and tech industry leaders.

The first-place team included Kendall Camp, Grant Commodore, Joshua Curry, and Paul Lockett, who won over the virtual panel of judges with their “Reliby” app.

“It’s awesome to conceptualize a project that could help a lot of people and not only win this hackathon and receive prizes that are great for my team, but also help earn a donation for our college. Coming into this, we had a plan, we executed on it and we are so happy we had this amazing opportunity to work and learn with Zillow,” said Lockett.

“Computer science departments at HBCUs specialize in developing technically competent students with a sense of mission and purpose that drives them to innovate,” said Alfred R. Watkins, Ph.D., academic program director for computer science at Morehouse College.  “The success of the winning team from Morehouse is an indication the college is working hard to attract, nurture, support, educate and challenge young students to become the tech-savvy leaders this world needs today.”

The other HBCU Housing Hackathon prize winners were Team SU of Southern University and A&M College, and Aht Aht of Philander Smith College. 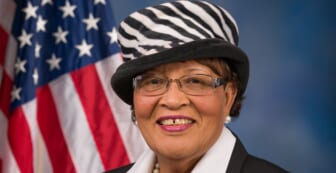 Team SU won second place and a $12,000 prize for its “ZPlan” to provide Zillow users with tailored help and suggested listings based on housing location data. The team included Rason Irvin, Nicolas Hardin, and Dominique McCraney.

“This was by far one of the most intriguing hackathons I have ever participated in, and the competition was off the charts,” said Irvin, a computer science student at Southern University and A&M College. “My team and I were able to accomplish a lot in our short amount of time and grow skills that will carry over into our everyday lives. Having peers performing at a high level and in the same domain proves to me that the ‘odd man out’ feeling I have felt in previous roles will hopefully be a thing of the past as the top diversity talent makes their way into tech.”