Both Pryor and his ex-girlfriend, Shalaya Briston, pleaded guilty to charges after a violent altercation in 2020.

According to new reports, former NFL player Terrelle Pryor has denied hitting his ex-girlfriend after an arrest stemming from an alleged assault.

On Wednesday, TMZ reported that Pryor was arrested in Westmoreland County, Penn. after he slapped his ex-girlfriend Shalaya Briston and threw pumpkins at her car.

This is not the first alleged physical altercation between the two: According to police documents from Wednesday, “Pryor got into an argument with Briston — the woman accused of stabbing the wide receiver back in 2019 — in Pennsylvania at around 1 a.m. following a night out drinking.” 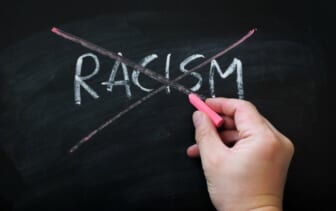 The two had been out drinking together, but Pryor went home while Briston remained out. The night allegedly took a turn when “Pryor got upset with Briston and blew up her phone… calling her over 50 times and sending her more than 30 unanswered text messages,” according to the police documents. Briston then returned to Pryor’s home but remained outside, “out of fear of Pryor.”

Pryor then reportedly confronted Briston outside, “shoving her and then slapping her in the face with an open hand.” As Briston tried to run away, he allegedly continued to assault her, throwing a deck chair at her and once she got into her Mercedes, throwing pumpkins and damaging her windshield. According to police, Briston had “inflammation, redness and bruising under her left eye.”

While Pryor denied hitting Briston at all, the ex-NFL player did admit to throwing the pumpkins and was ultimately arrested. Charged with simple assault, harassment and criminal mischief, the 32-year-old’s bail has been set at $100,000.

The couple appears to maintain a volatile, and often violent, dynamic. “Last year, Mr. Pryor and Ms. Briston both pleaded guilty to charges following a violent altercation at the Heinz Loft Apartments in Pittsburgh’s North Side. He pleaded guilty to summary harassment, while she was sentenced to two-years probation for a simple assault conviction,” according to the Pittsburgh Post-Gazette.

Pryor joined the NFL back in 2011 after playing for Ohio State University. The star has played for multiple teams including, the Oakland Raiders, the Cleveland Browns, and the Jacksonville Jaguars. Following a 2019 injury, Pryor was released from playing for the Jaguars.