"She has to pay for that. I'd love for her to apologize to my daughter, and then my daughter would feel better," the child's mother said.

A middle school teacher in New Jersey has come under fire for allegedly snatching the hijab from the head of a 7-year-old Muslim student.

Sumayyah Wyatt’s mother, Cassandra Wyatt, said her daughter has been left traumatized by the incident. The second-grader and her sister have been wearing the hijabs since they were very young, Fox 19 reports.

“I try to teach them modesty and teach them about what God wants us to do and what is our purpose here,” Wyatt said. 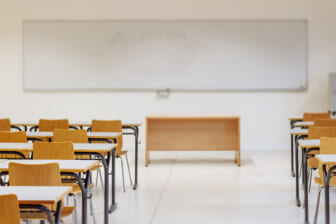 Officials at Seth Boyden Elementary School in Maplewood, located in Essex County are reportedly investigating the family’s allegation that Sumayyah’s teacher forcefully removed the hijab from her head in class on Oct. 6.

“She said, ‘Yes, Mommy, she pulled my hijab off… She walked up to me saying you can’t wear that in here, and then, she pulled it off.’ And when she went to pull it off, Sumayyah was trying to hold it… and then, she finally got it off, looked at her hair and said, ‘Well, your hair is nice.’ Sumayyah said, ‘Oh, thank you’ and put her hijab back on. And the whole entire class seen it,” Cassandra Wyatt said.

“She had to know that was a hijab,” she added. “She has to pay for that. I’d love for her to apologize to my daughter, and then my daughter would feel better.”

“Ultimately, the teacher succeeds in pulling the hijab off her head, followed by a bizarre statement which is, ‘Your hair is beautiful,'” the family’s attorney said. “It is incredibly disturbing. It is very, very, symbolic of disregard of her religion and certainly something that has affected my clients overall.”

The South Orange-Maplewood School District has reportedly launched an investigation into accusations of discrimination.

“The district takes matters of discrimination extremely seriously,” officials said in a statement. “We remain committed to diversity, equity, and inclusion throughout our schools, including providing anti-bias and anti-racism training for all educators in the district on a regular basis. The teacher not only put her hands on her, removed her headscarf. This is, of course, humiliating for any Muslim woman to be exposed this way in public,” said Selaedin Maksut, the executive director for the civil rights advocacy group New Jersey chapter of the Council on American Islamic Relations. 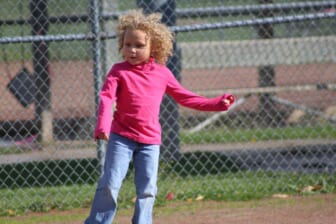 Samantha Harris, an attorney representing the elementary school teacher, released the following statement in response to the allegations:

“This is not a story about a teacher who forcibly removed a student’s hijab. This is a story about social media, misinformation, and what happens when people publicize rumors without any knowledge of or regard for the truth. (The teacher) did not, as has been alleged, forcibly remove a student’s hijab or tell a student that she should not have to wear a hijab. In accordance with school policy, (the teacher) directed a student in her class to pull down the hood on what appeared to be a hooded sweatshirt because it was blocking her eyes – and immediately rescinded that request when she realized that the student was wearing the hood in place of, rather than on top of, her usual hijab. The misinformation shared on social media has caused tremendous harm to (the teacher) – a teacher who, after more than 30 years of devoting her heart and soul to children of all backgrounds, has now had to ask for police protection due to the threats she is receiving following the dissemination of false information on social media.”

Sumayyah has not been back to school since the alleged incident.

“The first time we came outside, which was the next day… twice she took her hijab off her head, and she kind of balled it up,” the child’s mother said.

The school district wrote in a statement that, “regardless of the results of the investigation, we are committed to restorative practices to help our students, staff and families process the social-emotional harms done.”