Sean Urbanski was sentenced to life for killing Lt. Richard Collins III in 2017

A white man serving a life sentence for stabbing a Black college student to death at a bus stop at the University of Maryland has asked the state’s second highest court to throw out his murder conviction.

WTOP-FM reports that Sean Urbanski’s attorneys argue that the trial judge shouldn’t have allowed jurors to see or hear about racist memes that investigators found on Urbanski’s phone after he killed Lt. Richard Collins III in May 2017. On Tuesday, they asked the Court of Special Appeals to order a new trial.

But the judge said he believed both race and alcohol were factors in the killing. The judge allowed prosecutors to present evidence that Urbanski saved at least six photographs of racist memes on his cellphone and liked a Facebook group called “Alt-Reich: Nation.” 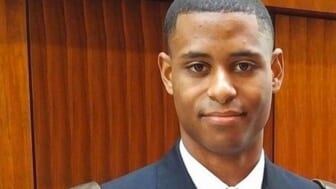 Urbanski’s lawyers said prosecutors presented no evidence that their client ever made racist statements or held racist views.

“Rather, the State maintained that because (Urbanski) had racist memes on his phone, and because he assaulted a Black man, it followed that he had a racist motive and intent on the night of this crime,” defense attorneys wrote.

Prosecutors had sought the maximum sentence of life in prison without the possibility of parole, though Urbanski will be eligible for parole under the judge’s sentence. 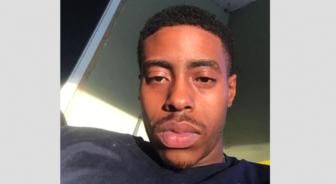 Collins was commissioned as a second lieutenant in the U.S. Army shortly before his death. He was days from graduating from Bowie State University, a historically Black college, and was celebrating with a friend at bars on the night of his killing.

Urbanski had been enrolled at the University of Maryland’s College Park campus. He, too, was drinking with friends at bars before the killing.