In a recent interview, Nick Cannon revealed that he wants to remain celibate until 2022, after welcoming three children in 2021.

Cannon is never one to shy away from a revealing interview. He’s frequently transparent and honest, always open to talking about his personal life, especially when it becomes such a big part of the cultural conversation. Cannon has seven children, welcoming his youngest three in 2021, theGrio previously reported. For the rest of the year, however, Cannon wants to remain celibate. 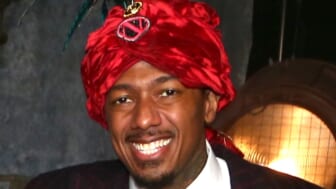 On the Drink Champs podcast with N.O.R.E. & DJ EFN, the hosts remarked, “They recently judged you for having so many kids!” Cannon responded, “I ain’t even got that many…I’m like, low on the totem pole. But I love all my kids.”

Cannon, 40, welcomed four children in a seven-month span — a daughter, Powerful Queen, twin boys Zillion and Zion, and a son, Zen S from December 2020 to June 2021. Cannon has a total of seven children by four different women, including twins Monroe and Moroccan with his ex-wife Mariah Carey and  Golden Sagon with his ex-girlfriend Britney Bell.

This is not the first time Cannon has publicly mentioned celibacy, as theGrio has previously reported. In an interview with Entertainment Tonight last month, Cannon revealed that his therapist advised that he “be celibate” for a while.

As far as expanding his family in the future, he shared in the interview, “I’m not sitting out here planning it. My therapist says I should be celibate. I come from a big family, I have several siblings, [and] being raised in an unorthodox family by my grandparents at times, I’ve experienced such a wide range of upbringing that I have such a love and passion for kids and family. I want a big family too. The Lord has blessed me with what I asked. Ask and you shall receive.” 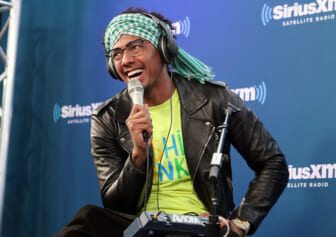 In 2017, Cannon revealed that his battle with lupus completely shifted his perspective when it came to having a family, in an interview with Howard Stern.

“When you experience near-death situations [and] life-threatening situations, it’s honest, it’s real. I feel like, yo, I’m running out of time. Every time I think I’m doing good, then I gotta go back to the f**king hospital,” he shared at the time.