Cynthia Bailey speaks out on leaving RHOA: ‘It was time’

Cynthia Bailey has revealed why she stepped away from Real Housewives of Atlanta after her run on the show lasted for more than a decade.

“It was time,” she said in a Friday interview with E! News.

Bailey, who shocked audiences when she announced on Instagram last Tuesday that she would be exiting the franchise, told the outlet that she had been thinking about ending her 10-season reign on the show for a while.

“It’s been an incredible journey and I have to be honest you guys, I’m happy, but I’m also sad at the same time,” the serial entrepreneur said.”It’s almost like ‘what in the world, how did I do this for 11 years?’”

The 54-year-old was introduced as a cast member in 2010 during Season 3 and has been a staple member ever since. In her final season, Bailey tied the knot with her long-distance boyfriend, sportscaster Mike Hill, and relayed optimism for her future to come.

“When I look back, even looking at the intro, I want to go back and watch all the seasons with me on it. Because when you live it, when you’re a part of it, it’s actually a very difficult show to watch sometimes. It’s a hard show to do. I feel like I did it, I did it my way and I made it out alive, with a brand and a whole husband,” she added.

When Bailey first joined the cast, she was known as the ex-supermodel who was reinventing her life as she toggled entrepreneurship, relationships and family.

Also Read:
Cynthia Bailey announces she will not be returning to ‘RHOA’

For the majority of her time on the show, Bailey struggled in her marriage to businessman Peter Thomas, with whom she clashed often as their personal and business ventures created tumultuous environments.

Bailey was also tackling her friendships with the women, including the dissolution of her long-time bestie NeNe Leakes and the rise of her friendship with enemy-turned-friend Kenya Moore, and even a physical altercation with Porsha Williams, with whom she reconciled.

The chaos that usually consumed Bailey’s storyline ceased abruptly after she introduced Hill to the show in her final seasons. Viewers got to see Bailey fall in love again and find the peace that she had been searching for in her previous marriage.

“Ten years is a good run,” said Bailey, who also said she turned down an offer to make appearances as a “friend,” a concept she introduced to the show that usually tests audiences’ reception to potential new cast members.

“With me just thinking about it, then the whole thing happened with us going on hiatus so it gave me more time to think about it and then I got really used to not going back,” she added. 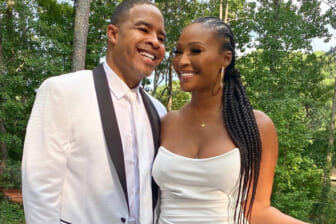 She also clapped back at critiques who said that Hill was instrumental in her leaving the show.

“Listen, let me correct the streets,” she said. “Mike has always been super supportive of me, for sure. At the end of the day, he wants me to do what is going to be best for me and what’s happy for me.”

Bailey will still appear in the spinoff, Real Housewives Ultimate Girls Trip, with other “Housewives” from other franchises like Luann de Lesseps, Melissa Gorga, Teresa Guidice, Kenya Moore, Kyle Richards and Ramona Singer. That show will premiere in November.

She also recently told Page Six, that she was going to get more into acting, including producing and directing gigs, and some projects with Hill.

Bailey is not the only cast member to announce their departure from RHOA this week.

On Thursday, castmember Williams also took to her Instagram to announce that she would not be returning, stating that, “after ten life-changing, gratifying, incredible years, it is finally time to begin my next chapter.”

Williams is filming a spin-off series for the network that will focus on her activism, family and her soon-to-be husband, film producer Simon Guobadia.

Other OG’s have been busy with other projects, with Kenya Moore joining Dancing with the Stars, Kandi Burruss producing a play on Broadway and Williams filming a spin-off series for Bravo.