Ice Cube has reportedly walked away from a $9 million dollar payday after quitting Sony’s upcoming comedy, Oh Hell No, because he refuses to get vaccinated.

Cube was set to co-star opposite Jack Black, but according to The Hollywood Reporter, the rapper-turned-actor pulled out of the project after declining a request from producers to get vaccinated.

Cube reportedly left another project earlier this year—the boxing movie Flint Strong—but the reason for his exit is unclear. 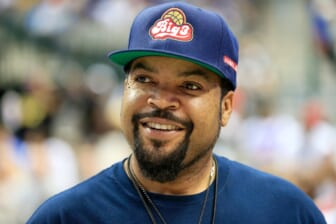 Ice Cube and Black partnered on Oh Hell No in June. The Sony film was scheduled to shoot this winter in Hawaii with director Kitao Sakurai. Producers want the cast and crew vaccinated but the former NWA member refused to comply. Producers are now searching for Cube’s substitute.

Meanwhile, Cube hasn’t openly noted his stance on the COVID-19 vaccines. In April, he started selling t-shirts emblazoned with his lyric “Check Yo Self Before You Wreck Yo Self” with an image of him wearing a face mask. Proceeds from sales of the shirts go to health workers. Over the summer, Ice Cube donated 2,000 face masks to students at Bacone College in Muskogee, Oklahoma.

“We are incredibly grateful to Ice Cube and Mr. Armstrong. This is a generous gift that comes at a time when this virus is experiencing a resurgence in our area,” President Dr. Ferlin Clark said at the time. “We are dedicated to keeping our students safe and healthy, and this will have a lasting impact on our efforts.”

Meanwhile, theGRIO previously reported that disagreements between Ice Cube and Warner Brothers have allegedly caused such a rift that the fourth movie in the Friday franchise may never be released, according to a report from the Wall Street Journal. 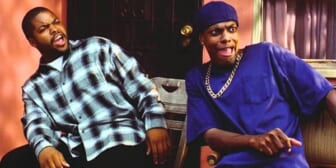 Per the article, creative disagreements between Ice Cube and Warner Bros. have led Cube to request that the studio hand over the rights to three films including Last Friday, which has allegedly been nearly a decade in the making.

Legal representatives of Ice Cube, whose real name is O’Shea Jackson, said in a letter that Warner Bros. was “excessive in its feedback notes” on Jackson’s scripts, adding that they have been a “poor steward” for the movie franchise.

“These guys don’t get me, and I don’t get them,” Cube said in an interview.

In a different letter, representatives from Ice Cube’s camp said that his movies have been “habitually underfunded in comparison with projects featuring white casts and creative teams.”

Warner Bros. fired back at the actor, saying it will not transfer rights to any of the three movies to him, calling his demands “extortionate” and denying his claims, calling them “revisionist history.”

This article has additional reporting from theGRIO’s Jaelen Ogadhoh