The fight between Ice Cube and Warner Bros. over Last Friday, the fourth film in the Friday franchise, is getting heated, according to a report from the Wall Street Journal on Thursday.

Per the article, creative disagreements between Ice Cube and Warner Bros. have led the 52-year-old rapper, actor, and filmmaker to request that the studio hand over the rights to three films including Last Friday, which has allegedly been nearly a decade in the making.

Legal representatives of Ice Cube, whose real name is O’Shea Jackson, said in a letter that Warner Bros. has been “excessive in its feedback notes” on Jackson’s scripts, adding that they have been a “poor steward” for the movie franchise.

“These guys don’t get me, and I don’t get them,” Jackson said in an interview. 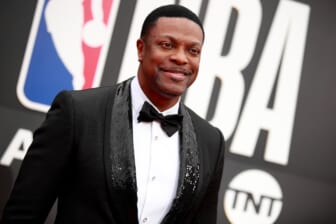 Also Read:
Chris Tucker reveals he was only paid $10K for ‘Friday’

In a different letter, representatives from Jackson’s camp said that his movies have been “habitually underfunded in comparison with projects featuring white casts and creative teams.”

Warner Bros. fired back at Jackson, saying it will not transfer rights to any of the three movies to him, calling his demands “extortionate” and denying his claims, calling them “revisionist history.”

In a letter sent to Jackson’s lawyers in May, the studio denied his claims of discrimination and underfunding, saying both accusations are “grounded in a libelous set of knowing falsehoods.”

“We strongly disagree with any claims of discriminatory treatment, and stand by our ongoing and proven commitment to support diverse voices and storytellers and will continue to do so as we move forward,” a spokesman for Warner Bros. told the WSJ.

The original Friday movie starring Jackson and Chris Tucker was released in 1995, grossing $28 million worldwide and quickly achieving cult classic status. Its two sequels, Next Friday, and Friday After Next, made a total of nearly $100 million in global box office sales.

In 2012, Jackson and Warner Bros. entered into contracts to make Last Friday, for which Jackson is allegedly expected to be paid $11 million. However, significant delays throughout the process have caused a rift between the actor-filmmaker and the studio, and reportedly neither can agree on whose fault that is.

Per the article, Warner Bros. executives say Jackson is at fault, citing his camp being unwilling to cooperate with the studio, citing Jackson’s other endeavors, such as the BIG3 basketball league, as potential distractions.

“For nearly a decade we have expressed unwavering support for a Friday sequel, even as the years passed between the two scripts he was enlisted to write for the Friday franchise due to his own delays,” representatives of the studio said.

After multiple attempts at getting approval on a script for the franchise’s newest film, Jackson said the studio remained doubtful that fans would find the content funny and alleged that they were stalling.

“We’re right there at the finish line, and they don’t pull the trigger,” Jackson said. 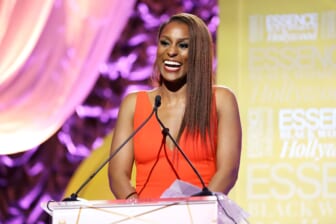 Back in March, Jackson aired out his frustrations with the studio in an Instagram post, alleging the studio had given up on the franchise.

“#freefriday from the jaws of Warner Bros. who refuses to make more sequels. They have hi-jacked the happiness of the culture,” Jackson wrote in the caption of a photo displaying cartoon depictions of the movie cast.