Black women running for statewide offices are having a moment

OPINION: While the deck may be stacked against Black women seeking statewide elected office, research indicates that they can win.

Last week, Letitia “Tish” James announced her candidacy for governor of New York. The sitting attorney general enters into what should be a crowded Democratic gubernatorial primary. If elected, James would be the first Black woman to be elected governor in the nation’s history. However, she’s not alone in her quest to become the first Black woman state executive as there are five others with sights on the governor’s mansion.

Here’s what you need to know about Black women and statewide elective office.

All of these women are Democrats. To date, there have been 17 Black women who held statewide elected positions. To be sure, women of all racial and ethnic backgrounds are often absent from statewide executive positions. Only 94 women in the nation are currently elected or appointed to these positions.

Perhaps inspired by Stacey Abrams‘ 2018 campaign to be the first Black women governor, others are following her example and mounting their campaigns for the 2022 election cycle. Abrams provided a model for other Black women – who are also highly accomplished political leaders – to use as a template for their own gubernatorial pursuits.

Indeed, six Black women ran for governor in 2018. The burgeoning 2022 election cycle already has six Black woman gubernatorial contenders and it’s only October 2021. In addition to Tish James of New York, Danielle Allen (D-MA), Deidre DeJear (D-IA), Deirdre Gilbert (D-TX), Connie Johnson (D-OK), and Mia McLeod (D-DSC) have announced their candidacies. While each woman faces unique challenges and opportunities within varying political contexts across their respective states, they all share the possibility of becoming the first (and perhaps, second and third … ) Black woman to occupy the highest-elected office in their states. Furthermore, they are likely to be joined by other Black women candidates who may announce as the 2022 election cycle continues.

Winning state-wide elected office can be difficult for Black women

My research on Black women candidates demonstrates that this group of office seekers must overcome the deeply racialized and gendered barriers to achieve electoral success. In sum, misogynoir is very real for Black women candidates. The women in my research document experiences of sexual harassment on the campaign trail, difficulties with fundraising, little or no support from their political party, media bias, lack of access to political networks, critiques on their appearances, as well as racialized political hierarchies.

These obstacles are roadblocks to some and hurdles that summarily faced by others. Political science research also notes that voters have varying opinions of Black women candidates and access them along racialized and gendered stereotypes or bias. Black women are the most ardent supporters of Black women candidates for elected office. This is because Black women see themselves as politically most closely aligned with those who are share their same raced-gendered identity and then move outward to their shared racialized or gendered identities in term of political closeness.

Drawing primarily from Black women voters – who in fairness, outperform nearly all other ethno-racial groups and genders in political participation – is not a winning strategy as they only make up less than 9% of the U.S. population and are often far less of certain states’ populations (e.g., Maine, North Dakota, Alaska).

Black women have the tools to win and successfully govern

While the deck may be stacked against Black women seeking statewide elected office, research indicates that they can win. In 2020, Black women won statewide offices and many more were nominated by their party. Research documents how Black women win elected office in spite of the challenges that they face. Pearl Dowe finds that Black women candidates often draw on indigenous networks and communities to provide support for their electoral bids. Organizations such as Black Girl Vote, Inc and Black Women’s Roundtable are just two examples of Black women’s civic organizations that support Black women as political actors.

Furthermore, once elected Black women draw on their lived experiences, culture and background, academic and occupational expertise, as well as their raced-gendered identities to form political coalitions and enact intersectional policy that is cognizant of multiple marginalized groups. They have a distinct voice in politics and often bring to issues to the table that others ignore. Policies such as the CROWN Act would simply not have happened if not for Black women in state and local government.

While we cannot anticipate how many Black women will win their gubernatorial races in 2022, we do know that a Black woman will serve as Virginia’s lieutenant governor — either Hala Ayala (D) or Winsome Sears (R). These two women will undoubtedly increase the numbers of Black women in statewide executive positions. Stacey Abrams’s status as the only Black woman to win a major party’s nomination for governor may be erased this election cycle.

If Tish James and the others who are running for governor have anything to say it about it, Abrams’ will be the first and not the only Black woman to hold this distinction. 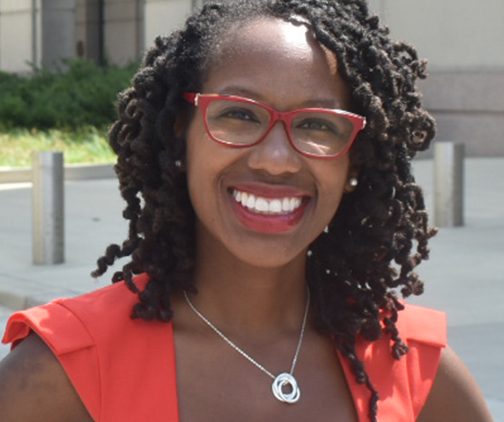 Dr. Nadia E. Brown is Professor of Government and Director of the Women’s and Gender Studies Program at Georgetown University.