OPINION: Touré writes that Glenn Youngkin's win in Virginia is part of a GOP playbook to stoke white fears in order to win elections. 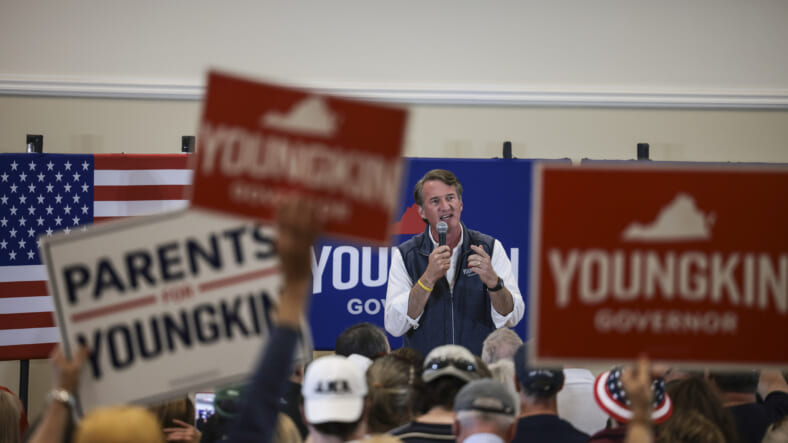 MANASSAS, VIRGINIA - OCTOBER 30: Virginia Republican gubernatorial candidate Glenn Youngkin delivers remarks at a campaign event on October 30, 2021 in Manassas, Virginia. Youngkin is on the last few days of his campaign bus tour across the state of Virginia as he contests Democratic candidate and former Virginia Gov. Terry McAuliffe in the state election that is less than a week away on November 2. (Photo by Anna Moneymaker/Getty Images)

The moment I realized that Republican Glenn Youngkin had won the Virginia governor’s race I felt like I was falling into the sunken place. I felt lost and angry and dropped my head back and said what I often say when I think about modern America: “I hate it here.” What happened is going to have repercussions on the entire political landscape so let me tell you why you should care about what happened in Virginia, even if you’ve never been there.

The main reason why Youngkin won is because of white voters’ opposition to critical race theory. Yes, it’s a boogeyman. It’s not taught in grade school so white parents arguing that it shouldn’t be taught in grade school is just … wow. But we can’t get wrapped up in the fact that most or all of the opponents to CRT don’t know what it really is. The right has defined it for them as “history lessons that will make white people feel bad” and that’s all they need to know.

In Virginia, white women who didn’t go to college showed up huge for Youngkin — they voted for him 20 points higher than they voted for Trump a year ago. Youngkin’s attack on CRT motivated lots of suburban and rural white voters. He proved that it’s a winning issue. Which means we’re going to hear a lot more about critical race theory from Republicans across the country in 2022 and perhaps from the presidential candidates in 2024 as well.

This makes me feel like a political football. Or at least it makes me feel like my ancestors and their enslavers are a political football. Republicans want to have a debate about whether or not American history should be taught honestly or taught in a way that erases anything that would make white people uncomfortable, and for me, the thought of them retelling the stories of Harriet Tubman and Frederick Douglass in ways that are neatly sanitized to protect white feelings is disgusting.

I think a bedrock part of understanding what’s really happening here is a 2011 Harvard Business School study called “Whites See Racism as a Zero-Sum Game That They Are Now Losing.” 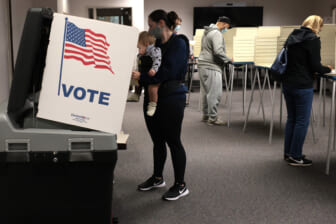 Reading that opened my eyes to the way many white people view every small advance by Black and brown people as a loss for them. And those losses are scary when being white is all about being in power. How many losses can you sustain before you’re not in power? The GOP has repeatedly won votes by playing on these fears about race and white fear of losing out. CRT is just the latest racial boogeyman that the GOP has used to activate white voters.

Immigration functions the same way — oh no, they’re streaming across the border and taking our jobs and committing crime and changing the culture of America. Defund the police also became a right-wing cudgel meant to scare right and moderate voters into thinking the Dems had become so progressive and so out of touch that they would take away all the police officers and leave you defenseless against Black criminals. The questioning of former president Barack Obama’s citizenship and the attacks on affirmative action are other ways that white fear around race is stoked to activate voters.

The GOP has also used gay marriage and trans people using their preferred bathroom as further ways of speaking to white people and saying ‘we will protect you’ from people who aren’t like us. CRT is just a new way for white politicians to play the race card and signal to white voters who’s on their side.

This time they’re scared about their children being taught that America is racist so they’ll do something racist to prevent that. They’ll erase history and amend it to make their ancestors look better. Their ancestors who kidnapped, human trafficked, tortured, and enslaved millions of Black people. Their ancestors who, after slavery, passed and upheld laws that perpetuated the oppression. Who viciously lynched thousands and thousands in acts of domestic terrorism that led to millions of Black people moving out of the South. They want to erase all of that and more and never discuss how those things impact modern America. 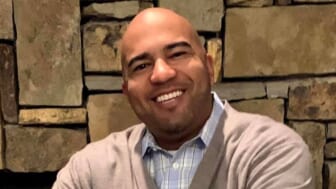 This country became a global economic power precisely because of slavery, because of the wealth derived from the traffic of cotton and people and if you don’t understand that then you don’t understand who America really is. White voters and Republican officials would rather focus on erasing critical race theory from the public record and protecting white pride and white self-esteem, because if they don’t make future elections about erasing CRT then Republican candidates may have to explain what they’ll do about the economy and health care and they may have to explain how they have no answers about the questions that really matter.