A Texas high school principal has been suspended after parents accused him of teaching critical race theory.

Colleyville Heritage High School Principal Dr. James Whitfield has been suspended without explanation, according to a report from The Washington Post.  Whitfield was accused of violating a new law promoted by Gov. Greg Abbott, assertions made by a former school board candidate named Stetson Clark.

Clark said he became concerned by a letter Principal Whitfield sent home to students and parents this summer.

“In this letter, he promotes the conspiracy theory of systemic racism,” Clark said, according to The Dallas Star-Telegram. “He is encouraging the disruption and destruction of our districts.” 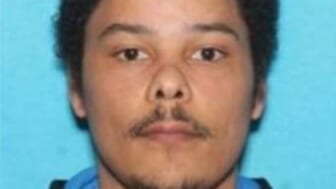 In a lengthy Facebook post on July 31, Whitfield said he was criticized for his opinion on the Minneapolis police murder of George Floyd.

He opined at the time of the Grapevine-Colleyville school district, “This group has a problem with essentially the core of who I am as an educator. I’m about stepping up for those that are experiencing injustice. … Every single kid that walks through those doors, I want them to feel loved, supported, welcomed, and given all the opportunities to have a wonderful, equitable, and excellent education. This group of people is not about that.”

In his Facebook post, Whitfield wrote, “I am not the CRT (Critical Race Theory) Boogeyman. I am the first African American to assume the role of Principal at my current school in its 25-year history, and I am keenly aware of how much fear this strikes in the hearts of a small minority who would much rather things go back to the way they used to be.”

Whitfield has been suspended and said he was not given clear reasoning behind his suspension, nor a timeline for his return.

Whitfield released a statement about the suspension to NBC 5 on Monday afternoon, saying, “I have done nothing wrong by anyone. I’ve only chosen to speak up after they allowed that man to speak my name at the board meeting. Instead of speaking out against the behavior … they came after me.” 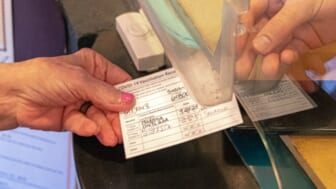 As previously reported, Abbott signed into law a bill which banned the teaching of The New York Times’ acclaimed The 1619 Project, the initiative borne from its Sunday magazine’s notable August 2019 collection of essays, released in commemoration of the arrival of the first enslaved Africans to America.

Developed by Nikole Hannah-Jones — whose introductory piece has since won the 2020 Pulitzer Prize for Commentary — The 1619 Project “aims to reframe the country’s history by placing the consequences of slavery and the contributions of Black Americans at the very center of the United States’ national narrative.”

Texas Democrats pushed back against the bill, adding several historical documents to the state’s school curriculum and a mandate that Texas schools must teach “the history of white supremacy, including but not limited to the institution of slavery, the eugenics movement, and the Ku Klux Klan and the ways in which it is morally wrong.”