Earth to Democrats: White women voters, not Black women, are your problem

OPINION: TheGrio contributor Sophia A. Nelson says Democrats will need to figure out a way to navigate the hurdles of the white women vote before the 2022 midterm elections. 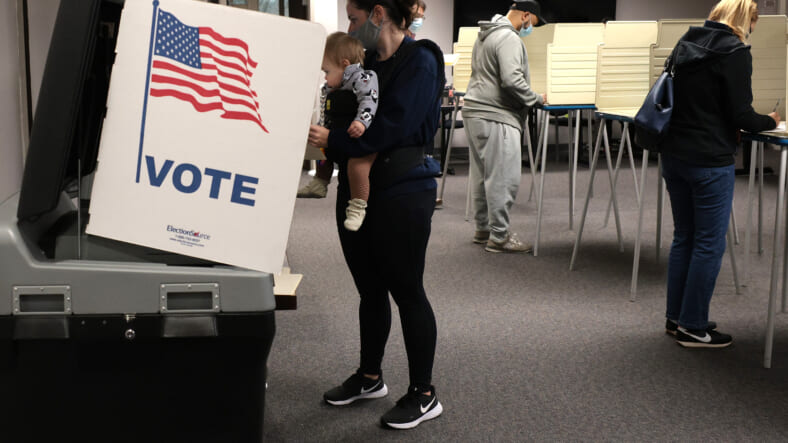 So, Virginia has once again flipped from blue to red. Well maybe, purple. But, nevertheless, Republican newcomer Glenn Youngkin won a huge upset victory in the solidly democratic state on Tuesday night after clearly running a campaign on the “culture wars” in the Commonwealth.

The driving force behind those culture wars was, of course, white women. 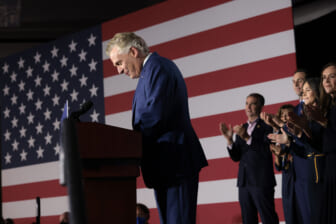 An early narrative that formed on election night was that Black voters dismally came out to Virginia polls for Terry McAuliffe, which is not true. They most certainly did. Black women’s intensity fell from 92% in 2020 to 86% in 2021, but the same white women who gave Donald Trump 53% of their votes in 2016, even after he was caught on tape saying vulgar things about grabbing when in all the wrong places, gave 57% of their vote to Youngkin.

Now to be fair, Youngkin is no Trump. He is a church-going family man who has been married to the same woman for over 30 years. Or in other words, he connected with voters and had the necessary likability factor that a less gentler Trump clearly did not.

But let us not forget that Youngkin started his campaign sowing doubts in the country’s election integrity (code for the Big Lie) and ended it with critical race theory, which oddly included a debate about the banning of Toni Morrison’s Beloved (code for white discomfort). That’s the kind of candidate, and now governor-elect, he really is.

The truth is, Youngkin had a good night. He got 13% of the Black votes cast (only 17% of Black Virginia voters came to the polls in 2021, down from almost 19% in 2020) and that is a good marker for a GOP candidate statewide, considering that number for Trump in 2020 was less than 10%. For past GOP candidates, the number of Black votes has been as low as 6% — in a state where Black voters make up over 20% of the entire state population.

But the big news of the night is what happened with the white suburban school board mom vote — the moms, grandmothers, professional aunts, PTA and School Board engaged, mini-van driving activists who literally took to the streets over the issues of “critical race theory.” These are the same outraged white moms who believe transgender bathrooms pose a threat to young girls. Now the sword they choose to live and die by is the roles and rights parents have in their children’s education.

McAuliffe was tone deaf to the realities on the ground in counties like mine — Loudoun County. President Joe Biden carried Loudoun by 25 points in 2020. McAulliffe only carried it by 11 points in 2021.

Youngkin was able to run up huge margins in the red parts of Virginia. Besting Trump’s numbers in almost every county and region. He was also able to capture a huge swath of independent voters in the bluer, more suburban areas of the state. He also made ground with Black and Latino voters, of which he got 31%. Youngkin did the work and he built a post-Trump coalition of swing voters that he connected with on their kitchen table issues.

Early NBC exit polling data, however, indicates that the real story here — and worry for Democrats — is the all-important white women vote. Consider these numbers below.

These numbers show that working class white women, or less educated white women voted for the Republican candidate 3 to 1. Whereas college-educated white women only voted 2 to 1 for Youngkin. As pundit and writer Elie Mystal said on Twitter Wednesday morning, “57% of white women in Virginia voted for a Republican *the day after* Republicans spent an entire day in the court trying to overturn Roe v. Wade, and *actual professionals* in charge of Democratic messaging are going to blame it on Beloved.”

Mystal’s point is that the Democrats missed the culture wars raging with white women voters who are also a critical part of their base.

More interesting in Virginia is that the state elected a very conservative Black woman as lieutenant governor. Winsome Sears is a native Virginian. The wife and mother of three served in the U.S. Marines and is staunchly pro-life with no exception even when considering the life of a mother. Sears is also pro-Trump and pro-second amendment. An ad of her posing with an AR-15 resonated with the white, older and far-right electorate who voted in larger numbers in Virginia’s 2021 contests. 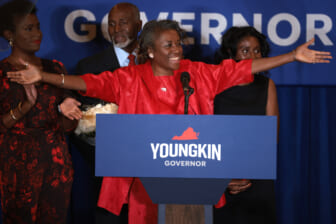 At the end of the day, this country is still deeply caught in its founding bedrock of racism. I know that angers white people to heat, but it’s true. Critical race theory is not taught in our primary or secondary schools in Virginia, or anywhere for that matter. What is true is that as the nation’s demographics become more Black and brown, these groups want their story shared in truth in America’s history books — not written through the white lens of cleansing a very ugly past, and making it out to be something less than the horror it was.

Make no mistake we are in a battle, and that battle is being fought before our eyes. Democrats need to wake up and find a way to message better and better connect with voters. The progressive agenda works in some places in our great nation, but not in others. White women voters in Virginia just sent the Dems a message that “we reject your changing of history, or forcing our kids to adapt to wokeism, and we aren’t taking it anymore.”

That is a hard message to swallow. And honestly, I do not know how you navigate it. But the Democrats better figure out a way how before the 2022 midterm elections.