5 reasons you should watch ‘King Richard’

Starring Will Smith in a film following the history-making rise of tennis legends Venus and Serena Williams, King Richard is set to be one of the biggest feel-good movies of the year. 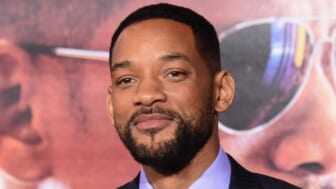 The project features stellar performances from rising actresses Saniyya Sidney and Demi Singleton, who star as Venus and Serena, as well as Aunjanue Ellis, Tony Goldwyn, and more. TheGrio got a chance to screen the film, and here are five reasons King Richard is a must-watch this fall.

From his latest YouTube Originals series to his highly-anticipated memoir to an upcoming National Geographic series Welcome to Earth that debuts in December, Smith is having one of the biggest years of his decades-long career. King Richard may be the cherry on top, as Smith steps into the role of Richard Williams: father and trainer to his daughters Venus and Serena.

By choosing to look at the massive rise of Venus and Serena through Richard’s lens, the film is able to really investigate this family unit as they band together and reach for the stars, despite a sport and country that places countless obstacles in their way.

The wonderful surprise of King Richard is the captivating performances from Sidney and Singleton. As Venus and Serena Williams respectively, the young actresses show off impressive tennis chops, while also tugging at the hearts of the audience through their acting.

Although the world has come to know and celebrate Venus and Serena as the sports superstars they are, Sidney and Singleton’s performances remind us that they were, at one time, two insanely talented girls with some pretty big dreams, a lot of love for each other and a strong family to support them along the way.

Ellis’ portrayal of Oracene “Brandy” Price, the tennis stars’ mother, leaves a powerful mark on the film. Yes, Richard trained the girls and fought hard to get them the best opportunities possible, but Oracene was also a vital piece of the Williams’ family puzzle. By helping to hold down the fort, often training the girls herself, and putting her family’s needs first, Oracene’s journey is the heart of the film. Ellis all but steals the movie with a particularly nuanced and grounded performance. 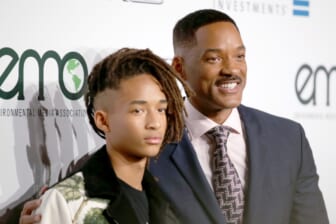 Also Read:
Will Smith opens up about Jaden seeking emancipation: ‘He felt betrayed’

With great movies often come great soundtracks, and King Richard is no exception. The film’s credits feature the much-buzzed-about new song Beyoncé wrote especially for the movie. “Be Alive,” is a perfect fit for the story, with lyrics like, “Do you know how much we have pride? / How hard we have to try?” over a pulsating beat.

As previously mentioned, the supporting cast in King Richard is one of its true delights. Scandal fans are in for a treat as President Fitz (Goldwyn) plays an integral role as Venus and Serena’s first professional coach, Paul Cohen. American Horror Story‘s Dylan McDermott has a fun role as a sports agent, and Widows actor Jon Bernthal plays tennis coach Rick Macci.

King Richard premieres on Friday, Nov. 19 in theaters and will also be available to stream on HBO Max.