Will Smith opens up about Jaden seeking emancipation: ‘He felt betrayed’

The actor blamed himself when his son was panned by film critics for their film 'After Earth.'

Will Smith opens up in his new memoir WILL about feeling like a failure as a father when his youngest son, Jaden Smith, asked to be emancipated at age 15. 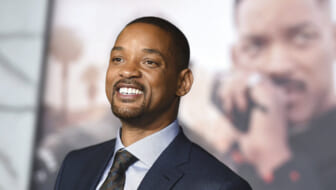 The father-son conversation occurred amid the box office failure of the pair’s 2013 science-fiction adventure After Earth. Smith blamed himself when his son was panned by film critics.

“After Earth was an abysmal box office and critical failure,” Smith writes. “And what was worse was that Jaden took the hit. Fans and the press were absolutely vicious; they said and printed things about Jaden that I refuse to repeat. Jaden had faithfully done everything that I’d instructed him to do, and I had coached him into the worst public mauling he’d ever experienced.”

Smith admits he was heartbroken when his son asked to be emancipated at 15-years-old.

“We never discussed it, but I know he felt betrayed. He felt misled, and he lost his trust in my leadership,” writes Smith. “At fifteen years old, when Jaden asked about being an emancipated minor, my heart shattered. He ultimately decided against it, but it sucks to feel like you’ve hurt your kids.”

In After Earth, directed by M. Night Shyamalan, a thousand years after cataclysmic events forced humanity’s escape from Earth, Nova Prime has become mankind’s new home. General Cypher Raige (Smith) returns from an extended tour of duty to his estranged family, ready to be a father to his 13-year-old son, Kitai (played by Jaden Smith).

The Chicago Tribune’s Richard Roeper unceremoniously christened it “one of the worst films of 2013,” as theGrio previously reported. After Earth was also named worst movie of 2013 in poll results released by Rifftrax.com.

Though panned by critics and the press, After Earth reportedly grossed $243.8 million at the box office.

Elsewhere in Smith’s memoir, the superstar details his troubled childhood and complicated relationship with his late father, Willard Carroll Smith Sr., who the actor describes as a “violent” man.

Smith recounts an incident involving his father that left him so enraged that he considered killing him, theGrio previously reported.

Smith has since carried tremendous guilt for failing to protect his mother.

The anger from his childhood reached a boiling point when Smith found himself contemplating murder as he cared for Will Sr. during his battle with cancer.

“One night, as I delicately wheeled him from his bedroom toward the bathroom, a darkness arose within me. The path between the two rooms goes past the top of the stairs. As a child I’d always told myself that I would one day avenge my mother. That when I was big enough, when I was strong enough, when I was no longer a coward, I would slay him,” Smith writes. 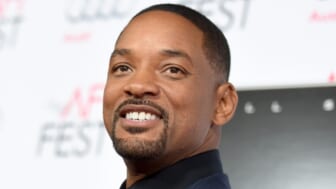 Also Read:
Will Smith tells Oprah he has ‘sense of failing every woman I interact with’

“I paused at the top of the stairs. I could shove him down, and easily get away with it. As the decades of pain, anger, and resentment coursed then receded, I shook my head and proceeded to wheel Daddio to the bathroom.”

Smith’s memoir WILL drops on Nov. 9.