Thorpe, 42, won the award for her work in mentoring and making college accessible for students who are first-generation Americans, immigrants, or refugees

A high school teacher in Bladensburg, Maryland has been honored with a $1 million Global Teacher Prize.

The annual award is presented annually to an exceptional teacher who has made an outstanding contribution to their profession. And Keishia Thorpe’s students believe she does exactly that.

Thorpe, 42, won the award for her work in mentoring and making college accessible for students who are first-generation Americans, immigrants, or refugees according to a report from NBC News.  Thorpe is herself an immigrant from Jamaica.

“This recognition is not just about me, but about all the dreamers who worked so hard and dare to dream of ending generational poverty,” she said in a video acceptance speech to the United Nations Educational, Scientific, and Cultural Organization and the Varkey Foundation which organizes the prize. “This is to encourage every little Black boy and girl that looks like me and every child in the world that feels marginalized and has a story like mine and felt they never mattered.” 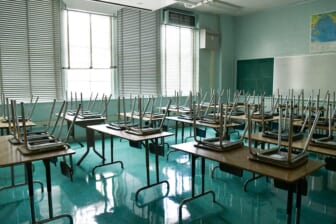 Thorpe teaches English to 12-graders and English-language learners at International High School in Langley Park, MD. She is also the founder of a non-profit organization, Food4Change which supports immigrant families according to NPR.

More than 85% of the students at her school are Hispanic and more than 95% identify as low-income according to NPR.

In her acceptance speech, she added, “Education is a human right, and all children should be entitled to have access to it.”

She noted that her award “is also for every teacher across the globe who shows up every day in the classroom, to teach their students and transform their lives.”

“Every child needs a champion, an adult who will never, ever give up on them, who understands the power of connection and insists they become the very best they can possibly be. And this is exactly why teachers will always matter. Teachers matter. Thank you.”

French actress Isabelle Huppert presented Thorpe with the award and asked her how she felt after winning it to which the celebrated educator replied, “This validates everything that I’ve done in my life up to this point. And I just thank God for this moment.”

Previous winners have been from India, Kenya, and the U.K. The prize was established in 2015 and its first winner was Nancie Atwell an English teacher and teacher trainer from Maine. Thorpe is the first American to win the prize since 2015. 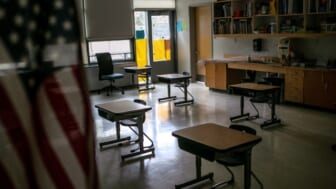 Also Read:
Parents find out from other parents that all of school’s kindergarten teachers have COVID-19

More than 8,000 teachers applied for the prize this year. In a profile that announced Thorpe as one of the finalists, the organizers wrote that she also acts as a teacher leader with several union organizations and is also the co-founder of US Elite International Track and Field which offers “at-risk” student-athletes the opportunity to use their talents to earn a debt-free college diploma, the way Thorpe did in graduating from Howard University on a track and field scholarship.

Jeremiah Thoronka—a student at Durham University who is studying a Master’s degree in sustainability won the $100,000 Global Student Prize for his work to combat energy poverty.