"I'm so sick [right now] I am in disbelief," Meg wrote in a tweet Wednesday afternoon.

Some of the biggest names in hip hop are paying their respects online to the late Young Dolph following the 36-year-old Memphis rapper’s death Wednesday.

Multiple law enforcement sources told Fox 13 in Memphis that Dolph, whose real name is Adolph Thornton, Jr., was shot and killed around 1 p.m. Wednesday near a shop in his hometown. Scott Hall, an attorney and friend of Dolph’s, told TMZ that the rapper was in Memphis to give away turkeys for Thanksgiving, theGrio previously reported. 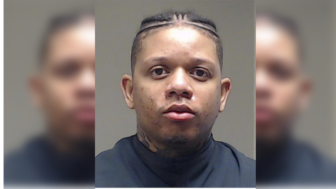 The shooting took place at a shop called Makeda’s Butter Cookies on Airways Blvd. near Joy Lane in the city’s downtown, according to Fox 13. Memphis Police did not immediately respond Wednesday to a request for comment from theGrio.

Megan Thee Stallion, who was featured on Dolph’s 2020 track “RNB” on his Rich Slave album, was one of several prominent MCs to express shock and sadness about the news on social media.

“I’m so sick [right now] I am in disbelief,” Meg tweeted Wednesday afternoon. “Praying for his family and friends ! Rest In Peace to my friend a true legend dolph”.

Gucci Mane recently tapped Dolph and 2 Chainz for features on his single “Top of Sh–,” for his 2021 album Ice Daddy. The Atlanta trap music pioneer also was quick to express his condolences.

“R.I.P. to my friend Dolph,” he tweeted Wednesday. “This broke my heart.”

2 Chainz weighed in with his own digital tribute.

“Lov ya. Bru,” he tweeted early Wednesday evening. “I appreciate you and gone [sic] miss ya Dolph.”

Dolph spent nearly a decade pumping out mixtapes and underground hits in the rap game before releasing his debut studio album “King of Memphis” in 2016. He and fellow Memphis rapper Yo Gotti helped put their city on the hip hop map before the rise of younger Memphis hitmakers like Moneybagg Yo and NLE Choppa.

Former NFL wide receiver Dez Bryant described Dolph as a “big hearted guy,” noting that he recently spoke with Dolph before the shooting.

Respect for Dolph poured in from top MCs from across the country.