The hip hop star was killed in his hometown on Wednesday

Rapper Young Dolph was fatally shot in his hometown of Memphis, Tenn. on Wednesday outside a local cookie store. He was only 36.

As reported by TMZ, “a video from the crime scene shows his car parked outside the shop while police investigate,” the outlet reports. Scott Hall, the rapper’s attorney and friend, told the outlet that the entertainer was in town for an annual Thanksgiving giveaway.

FOX13 reported that Dolph was due at St. James Missionary Baptist Church on Friday between 2 and 5 p.m. to give out turkeys. 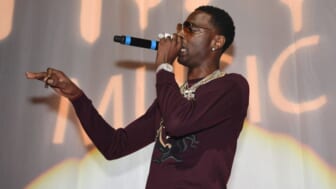 Also Read:
Rapper Young Dolph says thieves made off with almost $500K in jewelry, cash from his SUV

An insider claims the hip hop star, born Adolph Thornton Jr., was inside Makeda’s Cookies when a vehicle pulled up and fired through a front window– striking the artist.

Young Dolph, known for hits such as “Major” and “On the River,” was targeted in the past. In 2017, he suffered several non-fatal gunshot wounds when he was struck while standing outside a shoe store in Hollywood, and required surgery.

That same year, Blac Youngsta was accused of firing over 100 bullets at Dolph’s SUV while he was in Charlotte, NC. According to TMZ, the charges against him were eventually dropped.

Two years later, Young Dolph had almost $500,000 in jewelry and cash stolen from his car while he had lunch at a Cracker Barrel outside of Atlanta, according to police, theGrio previously reported.

The hip hop star was at a restaurant in Fairburn, Ga., eating with another man when employees told him someone had broken into his camouflage Mercedes-Benz SUV in the parking lot, WSB reported at the time. 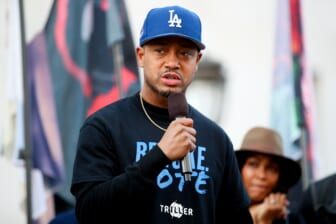 Young Dolph released his seventh album, “Rich Slave,” in 2020. The project became his highest-charting album, debuting at number four on the Billboard 200.

Fans of the rapper are reacting to news of his death on social media, with one Twitter user writing, “Rappers plz Stay Away from your home stomping grounds after you make it. There’s never anything left for you back there except for the ill feelings of those you didn’t take with you to the top.”

Young Dolph leaves behind a son and a daughter, whom he shares with his partner, Mia Jaye.