OPINION: "Rittenhouse’s Whiteness shaped how the judge and jury saw him, and it gave him a sense of righteousness and innocence that Trayvon Martin never got," writes Touré. 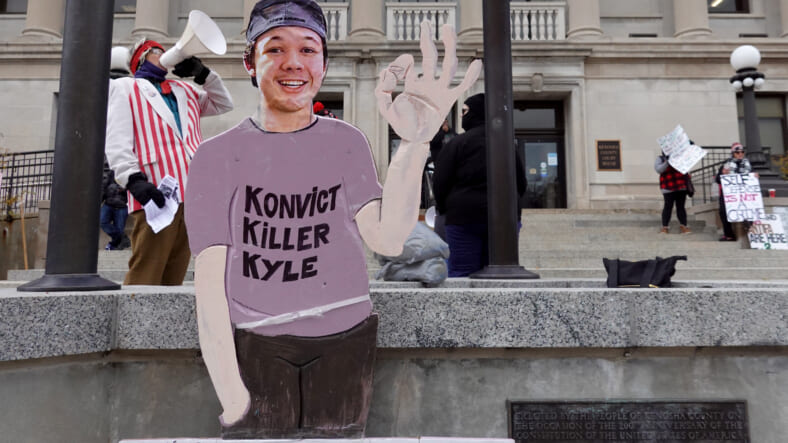 Demonstrators with opposing views gather outside of the Kenosha County Courthouse as the jury deliberates in the trial of Kyle Rittenhouse on November 16, 2021 in Kenosha, Wisconsin. (Photo by Scott Olson/Getty Images)

Whiteness wins again. White tears win again. White actions that would certainly be seen as criminal if committed by any other race were excused once again. We do not have a civil society when we say it’s OK for teenagers to leap into protests with semi-automatic weapons and begin firing and murdering people.

Kyle Rittenhouse said throughout his testimony that he feared for his life, but it seems like the thing he feared most was his own gun. The only thing that made people in the crowd pay attention to him and begin attacking him was his firearm. But White privilege carried Rittenhouse through this trial, it gave him an even greater presumption of innocence and it gave him a judge who looked after him like a son and it gave him a jury that was almost all White and looked at him sympathetically enough to see his killings as self-defense. 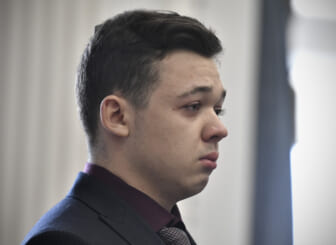 Just because this was a White person killing White people doesn’t mean race didn’t impact this situation. Rittenhouse’s Whiteness shaped how the judge and jury saw him, and it gave him a sense of righteousness and innocence that Trayvon Martin never got.

This all reminds me of that moment from Michelle Alexander’s The New Jim Crow where an Indiana man is arrested for selling meth while possessing a rifle to which a prosecutor says it’s not like he was a gun-toting drug dealer. He was literally a gun-toting drug dealer but his Whiteness gave him the sheen of innocence, the patina of sympathy, the sense that he shouldn’t be feared. All of that helped carry Rittenhouse over the line here.

We may never know where this case turned but surely Rittenhouse’s testimony weighed heavily in the juror’s minds. He broke down sobbing in a moment that, to many, looked rehearsed, performative, and inauthentic. He looked at the jury and the judge as he shook and boohooed but no actual tears ever came out. He ‘cried’ uncontrollably while his attorney questioned him about what happened but not once while the prosecution asked him to relive that traumatic night. But we know the cleansing power of White tears, we know how White boys and White women can cry and make people leap to protect them.

We also know that there’s a large part of this country that holds a great deal of anger toward what they call the woke lefty mob. They view protesters — a word they would reject in favor of rioters and looters as if protesting always involves property damage — as a bigger problem than the things they protest. Rittenhouse is a patron saint for these people — a young man who waded into that night’s Black Lives Matter protests with hopes of protecting his community from the woke mob.

To recap, the protesters went out in the streets to let the world know that the police shooting of Jacob Blake, an unarmed Black man, was not going to be forgotten. They were concerned about violent racism. Rittenhouse went out in the streets to make sure that businesses in his father’s community were safe from people who were angry about that police shooting. Those two things are not the same. Rittenhouse is not a hero, but he is a hero to the right. He is to people who really just want ‘the Blacks’ and their weak allies to shut up because, hey, the police are just trying to do their job. They’ve never bothered me, they say, so if you just comply then you won’t get shot.

To people who view the second amendment as something that empowers their Whiteness, Rittenhouse is a hero. The only person who murdered anyone that night was Kyle Rittenhouse. Rittenhouse went to trial, he cried, and the jury said go home. It sure didn’t look like self-defense to me — I saw Rittenhouse chase Joseph Rosenbaum down the street and through a parking lot.

Rittenhouse had many chances to exit that interaction and he was not then being chased and he slowed down before he shot Rosenbaum four times from several feet away. He looked like a wannabe soldier. But that’s not what the jury saw. That jury, by the way, was pulled from Kenosha, Wisconsin, a county that went for Trump twice. In fact, their support for Trump grew from 2016 to 2020.

But as the late great Paul Mooney said, being White means having the complexion for the protection.