The quartet of Black men known as the “Groveland Four,” who were falsely accused of raping a 17-year-old White girl more than seven decades ago, were effectively exonerated of all related charges, judgments, and sentences Monday morning following a judge’s ruling in Florida’s Lake County.

The accused men — Charles Greenlee, Walter Irvin, Samuel Shepherd, and Ernest Thomas — all died or were killed years ago for a crime that investigators later determined they didn’t commit. 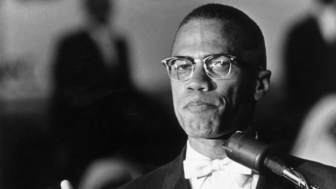 Also Read:
2 men who served decades in prison for killing Malcolm X to be exonerated

Greenlee, the youngest member of the Groveland Four, was just 16 when he was charged. He was the only one of the four who lived to see old age, dying in his late 70s in 2012 after receiving parole in 1962, according to the BBC.

In 2017, the state legislature in Florida formally apologized to the Groveland Four for the “gross injustices” they endured.

Norma Padgett, now in her 80s, had accused the men of raping her during an attack on her and her husband after the couple’s car broke down on a road in the rural town of Groveland near Orlando, Florida, according to NBC News. Padgett said she and her husband were driving home from a dance in the summer of 1949 when the alleged attack occurred.

She maintained her story in January 2019 when she asked a clemency board comprised of Gov. Ron DeSantis (R-Fla.) and a three-member cabinet to deny pardons for the accused men. DeSantis and the cabinet members ultimately ruled in the Groveland Four’s favor, but some of the men’s family members lamented at the time that their posthumous pardons didn’t fully clear their names in the eyes of the law.

Greenlee’s daughter, Carol Greenlee, issued a statement prior to the judge’s ruling on Monday, saying the families of the Groveland Four were awaiting “full justice” from the court system to completely exonerate their late loved ones. She wept on Monday after the judge formally dismissed the charges against her dad.

“If you know something is right stand up for it,” Carol Greenlee told reporters when asked what she’s learned from this ordeal. 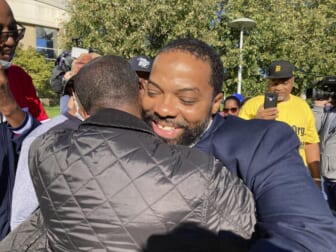 Local prosecutor Bill Gladson is the attorney who last month filed a motion to dismiss indictments against Thomas and Shepherd and set aside judgments and sentences imposed on Greenlee and Irvin after reviewing the case and introducing new evidence.

In his motion, Gladson told the court what he found after interviewing Broward Hunter, grandson of Jesse Hunter, the late prosecutor in two of the Groveland Four cases, according to the Associated Press.

A deputy named James Yates likely falsified evidence against the four defendants, including shoe casts, according to Gladson’s motion.

A post shared by City of Mount Dora (@mountdora)

During Irvin’s trial, jurors were led to believe the defendant’s pants were stained with semen after the alleged 1949 attack, according to the AP. But Gladson’s motion said he sent Irvin’s pants to a crime lab in September and no evidence of semen was found.

“The significance of this finding cannot be overstated,” Gladson said in his motion, according to the AP. 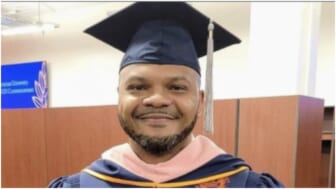 News of Padgett’s alleged rape spread quickly through the central Florida region 72 years ago, leading to a familiar wave of violence being committed against Black locals by their white neighbors before the National Guard was called in to quell tensions.

Greenlee, Irvin, and Shepherd were all arrested, charged, and convicted for the alleged crime. Police reportedly tried to beat confessions out of the accused men while they were in custody, according to the Orlando Sentinel.

Thomas never received his day in court. The 25-year-old escaped custody and was chased through a nearby swamp before a mob of an estimated 1,000 armed and deputized people led by Lake County Sheriff Willis McCall shot him 400 times, killing him, according to the Orlando Sentinel and NPR.

Irvin and Shepherd, both veterans of World War II, eventually won retrials after their cases were appealed to the U.S. Supreme Court with the help of then-NAACP attorney Thurgood Marshall.

But both men were shot by Sheriff McCall while being transported in 1951. McCall claimed the men tried to escape, according to NBC News. Shepherd died from his injuries, but Irvin survived. During Irvin’s second trial, an FBI agent told the court that prosecutors fabricated evidence against him, but he ultimately was found guilty and sentenced to death anyway.

A parole board granted Irvin his freedom in 1968 after his sentence was commuted to life in prison. One year later, he died of a heart attack. Irvin’s sister discussed her brother’s case during the PBS documentary “The Groveland Four,” which originally aired in 2018, characterizing him as a shell of himself following his release from prison.

“We followed the evidence to see where it led us, and it led us to this moment,” Gladson told reporters during a Monday news conference after the judge’s ruling.

“I was told a long time ago … that God will put good people in your space at good times, at the times when you need it,” she said. “This is a day that God has made in more ways than one.”