The incentive program is following the model of other popular social media apps that pay their creatives for using their platform.

Creatives will be given $2,000 in cash and another $2,000 in company equity per month for posting eight monthly videos, The Hollywood Reporter reported. The app, which initially launched in 2015 and did a relaunch in 2020 with more success, allows users to create and share videos. Like other video-sharing apps, the visuals can be set to music.

The Hollywood Reporter notes that users can sign a one-year contract with Triller that begins on Jan. 1, 2022. In addition to the eight posts on Triller, users must also share eight different posts with references to Triller on their other social accounts.

Videos must be a minimum of 30 seconds long for lifestyle content. Dance videos can be shorter, with a minimum of 15 seconds. 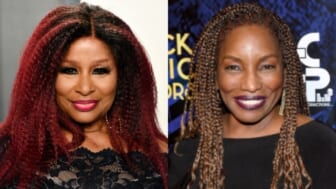 As far as the equity portion of the deal, users will be provided standardized service provider units, which convert to stock warrants in TrillerNet. TrillerNet is set to go public in the next phase of its business plan.

“We felt like there was no better way to showcase the opportunity to create a more participatory kind of economy than to give those [creators] actually some ownership in the company,” TrillerNet CEO Mahi de Silva told THR. “The intent is that these creators get equity just like an employee would.”

The Triller incentive program is following the likes of other popular social media hubs including TikTok and YouTube, who allow creatives to monetize on their apps. Triller’s Assembly for Black Creators came up with the idea for the funding pot. 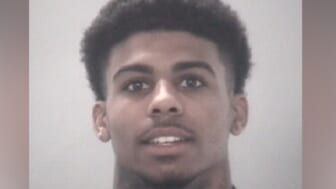 “Learning about finances and stuff like that is a great thing because the Black community, we never had that coming up,” said Marco Hall, a boxer and fellow creative who currently has over 7 million followers on TikTok. He is participating in the one-year contract with Triller.

“Most definitely I didn’t know anything about finances until I got older. Financial literacy and Triller has been…a great door-opening way for the Black community to thrive more,” he said.

Much of the fight for Black creatives to receive financial backing from their popularity on these social media platforms came as a result of Black creatives feeling cheated out of original content that white subscribers made “mainstream.” Many white creatives have become bonafide stars from the platforms. For example, Addison Rae went from TikTok to a major deal with Netflix within two years. Black creatives have complained they haven’t received the same opportunities.

Just this summer, Black creatives went on a TikTok strike, demanding they receive credit for their work, theGrio previously reported. They refused to create any new dances until the proper credit was given. At the time, many dance challenges such as Megan The Stallion’s “Savage” which was created by a Black woman, were still trending.