Mariah Carey’s ‘All I Want For Christmas Is You’ certified diamond, makes history

The global superstar co-wrote the track in 1994 for her fourth studio LP and first holiday album.

Mariah Carey’s beloved single “All I Want for Christmas Is You” has become the first holiday song to be certified diamond by the RIAA (Recording Industry Association of America).

Carey hit up Twitter on Friday to show off the coveted plaque, captioning the photo “Diamonds are a girl’s best friend.” 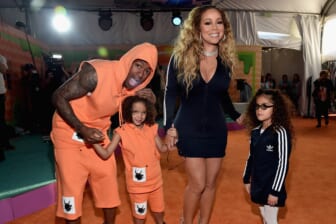 The global superstar co-wrote “All I Want for Christmas is You” in 1994 for her fourth studio LP and first holiday album, Merry Christmas. Carey was only 24 when she released the Christmas classic, which has since been covered by Ariana Grande and Cee-Lo Green.

Despite being a holiday staple for the last quarter-century, Carey’s hit song didn’t hit No. 1 on Billboard until 2019. Previously, it had peaked at No. 3 on the chart.

The song has reportedly earned the five-time Grammy winner more than $60 million in royalties, winning her the “Queen of Christmas” moniker. The song has also been adapted into a children’s book and an animated holiday film.

“The continued love for my song never ceases to amaze me and fill my heart with a multitude of emotions,” Carey said in a statement. “It blows my mind that ‘All I Want for Christmas is You’ has endured different eras of the music industry. The RIAA DIAMOND award?! Wowww! I’m so fortunate to have the greatest fans on Earth, my Lambily, who continue to support my legacy. I love you.”

The milestone coincides with the release of Carey’s second holiday special on Apple TV+, Mariah’s Christmas: The Magic Continues, debuting this month on the streamer. Last year, the special was a huge hit for Apple TV+, reaching number one in more than 100 countries.

Per the official press release, Mariah’s Christmas: The Magic Continues will “sprinkle more magic around the world.” The project will see Carey unite with Grammy winner Kirk Franklin and Khalid, the popular artist known for hits like “Location” and “Talk.”

Carey took to social media to tease the upcoming special with a shot from the set of the special. She wrote to over 10 million of her Instagram followers, “The Magic Continues… @appletvplus.” 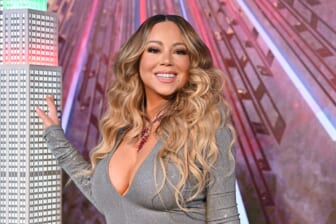