The new show called 'Real Husbands of Hollywood - More Kevin, More Problems' is set to drop on BET+ on Feb. 10.

Kevin Hart‘s hit Netflix show Real Husbands of Hollywood will be re-launching under a new name for a limited series run on BET+ beginning in February. 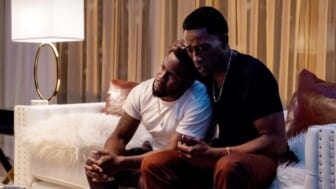 Also Read:
Brother’s keeper: The story at the heart of ‘True Story’ and ‘The Harder They Fall’ is biblical

The new show called Real Husbands of Hollywood – More Kevin, More Problems is set to drop on Feb. 10, according to Entertainment Tonight. It may have a new name, but the show’s concept is the same: Hart and his famous friends playing fictional versions of themselves for the audience’s amusement.

The satirical series will consist of six episodes spotlighting the hilarious, scripted misadventures of Hart, Boris Kodjoe, and Nick Cannon as they give the climb to fame, fortune and virality one last go,” ET reported.

Michele Weaver and political pundit Angela Rye are expected to appear on the show along with J.B. Smoove, Nelly, Robin Thicke, Cynthia McWilliams, Jackie Long, and other surprise celebrity guests. 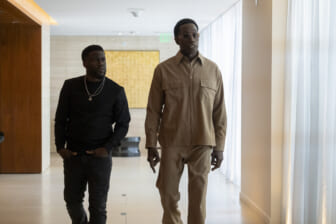 Hart’s heartwarming film Fatherhood, based on Matt Logelin‘s 2011 memoir Two Kisses For Maddy: A Memoir Of Loss & Love, debuted on the streamer on Father’s Day.

The original Real Husbands of Hollywood started as a sketch on the BET Awards before debuting as a BET series in 2013 and running for five seasons on Netflix. The show’s last season ended in 2016.