NFL may lead the way in new COVID testing policies

The NFL’s decision to reduce COVID-19 testing for asymptomatic, vaccinated players could signal a trend for pro sports leagues and provide an example for society to follow heading into 2022. 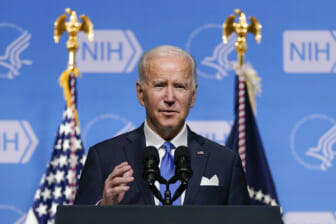 Despite a rising number of positive cases that forced three games to be rescheduled over the weekend, the NFL, in cooperation with the players’ union, agreed on Saturday to scale back testing for vaccinated players.

The move aligns with guidance from the Centers for Disease Control and Prevention. The CDC recommends “diagnostic testing” only for symptomatic or close-contact vaccinated people, and “screening tests” only for unvaccinated people.

The NBA didn’t require vaccinated players to get tested during the season but revised its policy to increase testing for a two-week period starting Dec. 26.

The NHL tested players every third day but returned to daily testing through at least Jan. 7.

“I think the NFL is actually going to be a really interesting and I think really safe real-world experiment on what our new normal is likely going to look like,” Dr. Vin Gupta, a pulmonologist and professor at the University of Washington, said in an interview with the AP. “And, it’s safe to say that the NFL is obviously a large vaccine bubble, sans a few high-profile exceptions.

Almost 95% of NFL players and nearly all coaching staffs are vaccinated.

Gupta, an informal consultant for the Seattle Seahawks on COVID-19 issues and an adviser for baseball’s Seattle Mariners, says the NFL is “ahead of the curve” with target and voluntary testing.

“I think they’re able to do things that the rest of the country is unable to do because they have a vaccine bubble, and they can control things to a certain degree that we can’t control across the public at large, and so it’s an interesting experiment,” Gupta said. “We have to build policies and procedures and case management protocols around positive tests that make sense, given our reality.”

On Monday, the first day under the NFL’s revised protocols, 47 players were placed on the reserve/COVID-19 list, the most in a single day since the pandemic began. Several players were asymptomatic and vaccinated, a person familiar with the results told The Associated Press.

The league says Monday’s results are evidence its new “smarter” and more “strategic” testing policy is working. Positive cases were identified and the players were isolated. Players who test positive must quarantine until they’re cleared to return. Under the new procedures, vaccinated players can return in fewer than 10 days.

“We want someone to return after they are no longer a risk for themselves or a risk to others,” said Dr. Allen Sills, the NFL’s chief medical officer. “We’ve looked at our data very carefully there. We have obviously continued to evolve that definition over time and we believe we can bring a further degree of precision to that process on how people can return by fine-tuning that in a way that fits into the protocols.”

But many people have questioned the league’s motives for changing testing protocols at a time when the number of positive cases have increased rapidly due to the Omicron variant.

“The other side is that they’re going to have more players that are out there that are infected that are potentially transmitting to other players and leading to a greater burden of infections,” said Dr. David Hamer, professor of global health and medicine at Boston University. “This change in plan makes me nervous mainly because of Omicron surging.”

It’s fair to wonder if the NFL is putting its desire to finish the season uninterrupted ahead of health and safety. But the league and its team of doctors point to science and data.

“We are always analyzing our data and particularly our outcomes,” Sills said. “We are looking at our protocols, together with our experts, together with the Players’ Association. We are looking at them to see how we achieve the safest possible environment for everyone and that causes us to need to constantly respond to adapt the protocols. And so clearly, with the emergence of this new variant, which, as I said, in many ways seems like a new disease, has been an opportunity to reevaluate every aspect of our protocols, and has led to some of the changes.

“We believe what we are doing actually now will mimic what we have been doing in health care for quite a while now. … We are not routinely testing asymptomatic, vaccinated health care workers, doctors, etc. We are testing those who become symptomatic and meet certain criteria. So, we are really just joining what has been done in health care based on our own experience and the experience in health care up to this point.”

Along with new testing policies, the league over the past week has emphasized booster shots for players, mandated the boosters for coaches and other staff, and provided options for virtual meetings. All players are provided home tests and anyone can be tested whenever they want. 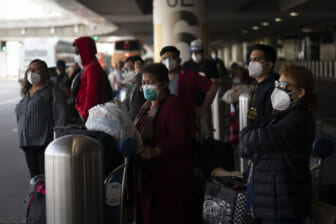 “I think there is a lot we have learned from health care and I think it is very relevant to try and use some of the exact same strategies that are routinely used in health care when it comes to the NFL population as well,” said Dr. Deverick Anderson, Professor of Medicine at the Duke Center for Antimicrobial Stewardship and Infection Prevention and co-founder and co-owner of Infection Control Education for Major Sports.