Farewell to faves: shows that ended in 2021

'Insecure,' 'Dear White People' and 'Pose' are a few of the popular series that said goodbye this year

From groundbreaking sci-fi shows to beloved comedies, 2021 was a stellar year for television. While we are just days away from ringing in a new year that is sure to give us even more must-watch TV, theGrio has a list of shows that we sadly are saying goodbye to in 2021. 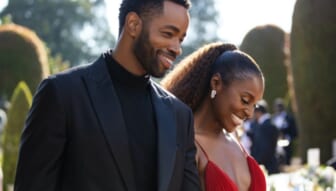 Also Read:
Real Tears! The ‘Insecure’ finale had us in actual, actual tears

How could we start this list with any other show? Truly changing the landscape of television, six years ago Insecure introduced us all to Issa Dee, Molly and the rest of her world as she navigated youth, love and life in Los Angeles. The beloved series finally came to a close this Sunday, with an emotional finale that had everyone talking on social media. While the show may be over, this is far from the last we’ll see from Rae, who signed an eight-figure deal with WarnerMedia earlier this year.

It’s hard to think of another show that left such a massive impact in only one season. Lovecraft Country, another HBO series, broke new ground as a supernatural horror series boasting an all-Black leading cast. With Jonathan Majors, Jurnee Smollett, Courtney B. Vance and Aunjanue Ellis, among others, giving knockout performances, the series was a critical hit, earning a record-breaking 18 Emmy nominations after its controversial cancellation.

One of Netflix’s biggest shows when it premiered, Dear White People, based on the film of the same name, followed Black students at the fictional Ivy League school Winchester University. From the mind of Justin Simien, the show succeeded in portraying nuanced, layered Black characters, while breaking new ground in Black LGBTQ+ representation on screen. The show ended on a musical note as the entire fourth season was done Glee stye. It still showcased the powerful and impactful storytelling Dear White People became known for.

Pose was the biggest trailblazer yet, breaking many records with the series that followed drag ball culture in the 80s and 90s. The show, from Steven Canals, helped amplify some of the brightest LGBTQ+ stars today, including Billy Porter, MJ Rodriguez, Indya Moore and Angelica Ross. Janet Mock, a director, producer and writer on the show, also made history as the first trans woman of color to write and direct an episode of television.

DC Comics fans were in for a treat when Black Lightning premiered on The CW in 2018 based on the popular comic book character. The series enjoyed critical acclaim throughout its run, with praise going to the writing and acting performances, including Cress Williams as the titular character. The series ended in May, but Black Lighting is apart of the popular ‘Arrowverse,’ which means this may not be the least we see of Williams in the role.

The Haves and the Have Nots

The first scripted series on OWN, The Haves and the Have Nots ended its eight-season run this year. The Tyler Perry show was a staple on the network, enjoying record-breaking numbers throughout the years. When the final season was announced, Oprah Winfrey shared in a statement, “The Haves and the Have Nots was the first scripted drama we aired on OWN, and to say it took off from the first day it hit the air is an understatement. It’s all due to one man’s creativity and very vivid imagination, a man I refer to as my ‘big little brother,’ Tyler Perry.”

After two seasons, the Black-ish spinoff from Kenya Barris, Mixed-ish, ended on ABC. A prequel series, the show followed a young Rainbow Johnson, played by Tracee Ellis Ross on the original series. Portrayed by Arica Himmel on Mixed-ish, the show took fans into her childhood in the ’80s, with Tika Sumpter as Alicia Johnson and Mark-Paul Gosselaar as Paul Johnson. Now, what’s left of the -ish series includes Grown-ish on Freeform and Black-ish, which is set to end in 2022.

Shows we’re saying farewell to in 2022

That’s right, it’s time to say goodbye to Black-ish. The series starring Ross and Anthony Anderson was a huge hit for ABC, earning multiple Golden Globe and Emmy nominations, and has enjoyed steady ratings throughout its seven-season run. Barris shared a statement when the season eight, its last, was announced, saying, “In this day and age it is rare to get to decide when your show should come to an end, and we are grateful along with ABC to be able to make this final season exactly what we’d hoped for — and to do it with the entire and AMAZINGLY STELLAR cast coming back to close this chapter out with us the right way!” 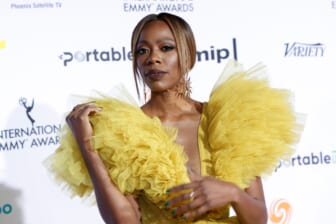 Another primetime staple is coming to a close in 2022. This is Us, which has been a hit since its first season, is ending after six years. The series earned critical acclaim and various awards, including a second Primetime Emmy Award for Sterling K. Brown. Season 6 will premiere on NBC on Jan. 4.