From co-starring in the Hulu film Vacation Friends, to the fifth and final season of Insecure, actress and comedian Yvonne Orji’s 2021 was particularly busy. And she has plenty to look forward to in the new year, especially as she is officially kicking it off hosting the second year of Yearly Departed, Prime Video’s now-annual comedy special highlighting female comedians eulogizing the past year. 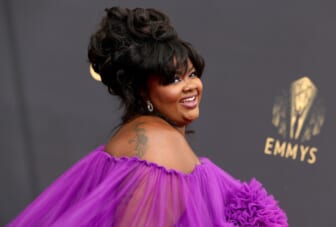 Also Read:
5 comedy specials to brighten up your holiday

Orji is joined this year by Jane Fonda, Megan Stalter, Aparna Nancherla, Dulcé Sloan, X Mayo, and Chelsea Peretti. What she loved the most about this project was being surrounded by a group of diverse women, Orji shared.

“What I love about it is the diversity of it all, right? The diversity of different types of comedic talents,” she explained. From stand-up comedians to comedic writers and improv performers, the special brings together various women with different skill sets to execute the special.

“It was just great to bring all of those different talents, and to see how everybody shines in their own regard and in their own way,” she added. “I loved it.”

She continued to tell us, “That’s why I said yes to this. They told me it was an all-female writer’s room, a female director, female producers…I was like, ‘Oh, sign me up then!'”

Last year’s special proved to be a hilarious and cathartic experience. While we certainly aren’t out of the COVID woods yet, this year was a little bit easier to film, according to Orji, who enjoyed filming the show in person as opposed to 2020.

“Last year was very hard for them to do,” she told us. “It was all green screen…you know how hard it is to do comedy in empty chairs? I don’t wish that on anybody, so kudos to the folks last year who walked so we could run this year!” 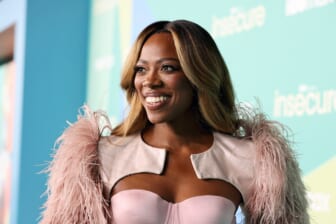 Also Read:
Yvonne Orji on end of of ‘Insecure’: ‘We cried real tears’

As for her own New Year’s celebration, Orji tends to be “very introspective,” and even throws herself “a vision board party.”

Her 2021 plans are continuing the “good work,” and “traveling, finding love, walking in purpose,” among other goals. “I’m very introspective as a human being, so it’s always like, ‘Am I on track, you know? Am I becoming a better version of myself today, this month, this year?’ What does that look like?”

Yearly Departed is available to stream now on Prime Video.