In ‘The Matrix,’ Black Lives Really Do Matter

Opinion: Throughout the series, from the first 'Matrix' to the recent film, ‘The Matrix Resurrections,’ we see a world that values Black people. 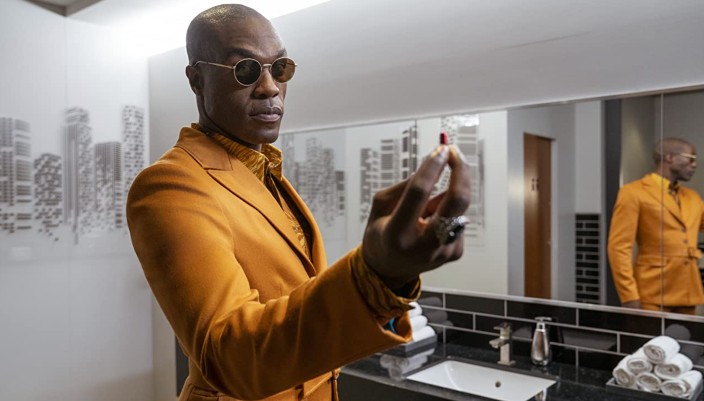 The Matrix isn’t just a series of films you watch; it’s more like a cinematic universe you travel into, a universe with its own sense of physics, its own modes of transportation, its own color schemes and its own philosophical vision of the world. One of the reasons I love being in the world of The Matrix is that it’s also a world that values Black people.

Throughout the series, from the first Matrix to the fourth film, the recent The Matrix Resurrections, we see Black people inhabiting leadership roles as generals, teachers and spiritual guides. You see Black people in a world where they seem to matter. This isn’t about whether you like the movies or not; it’s about the filmmakers building a world that prizes Blackness. 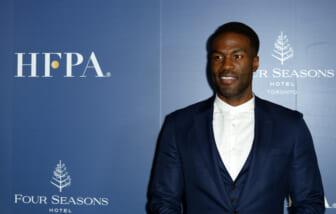 Also Read:
Yahya Abdul-Mateen II to star as Morpheus in ‘The Matrix Resurrections’

The central figure in all of this is Morpheus, the leader of the resistance and Neo’s main philosophical instructor. In the latest installment of the series, the role goes to Yahya Abdul-Mateen II, but it was originally played by the legendary Laurence Fishburne, who brought a jazzman’s cool and a Baptist preacher’s gravitas to the character. He evoked the future’s answer to the prophetic Black leader guiding us to the promised land—a sort of digital-age Frederick Douglass, Marcus Garvey, Dr. King or Malcolm X. He was a philosopher, a visionary, a great hand-to-hand fighter, and he was willing to sacrifice himself to get his people to freedom.

In The Matrix Resurrections, we also get Jada Pinkett Smith as a general who is the leader of Zion, the home base for the resistance and the hidden city where the liberated human race lives. Throughout the series, in scenes where we see a large group of Zion’s citizens, most of them are Black or brown. Zion’s overwhelming Blackness signals that in the world of The Matrix, the humans who are the most free and the ones who are building the civilization of tomorrow are Black people. In so many science-fiction films by white auteurs, Black people seem to be erased from the future, but in The Matrix, we are absolutely there.

One of the most unforgettable characters in the original Matrix film is the Oracle, played by the veteran actress Gloria Foster. She only has five minutes onscreen as a brilliant grandmother who can see most of the future but not all of it, and that makes her seem even more brilliant. She is the ultimate intellectual authority for the resistance, and yet, she retains a down-home ease to her—she recalls every epic older Black matriarch, that Big Mama who’s been around so long she knows what’s going to happen next and is unbothered by all of it.

The Matrix is ultimately a story of people mounting a revolution against the system. In the world of The Matrix, most humans are born into a form of slavery. Morpheus tells Neo, “You were born into bondage.” They’re controlled not by people but by machines but instead of being forced to actively work, they’re asleep—the opposite of woke. The machines don’t need us to work—we are the crops they pick for their food.

The system is represented by agents, and they are almost exclusively white and male and fighting like hell to maintain the status quo while the liberated resistance that fights against the machines is multiracial and multigender. This is a clear allegory for the Black revolutionary struggle in America where a multiracial coalition led by charismatic and prophetic Black visionaries has been battling for centuries to liberate people, to wake them up, to free their minds. In The Matrix, the mission of the revolutionaries is to free Neo and as many others as possible, positing Morpheus as a next-generation Harriet Tubman who’s pulling people out of bondage and delivering them to freedom. 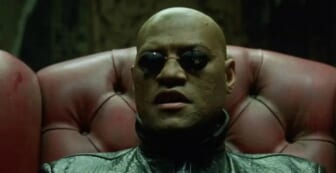 This freedom is both physical and mental—Morpheus and the resistance must teach people to see reality and see through the lies that society tells them. They must free their minds. That is a central part of the Black liberation struggle—freeing the Black colonized mind from the denigrating messages of white supremacy is a major step toward real freedom.

We live in a matrix that would have us believe Black bodies are more criminal, more ugly, less intelligent and of lesser value than white bodies. We know better once we have unchained our minds, but even then, we must remain vigilant against forms of self-hate that are so deeply ingrained we may not even notice them. We must also get white Americans to see and act like race is a social construct rather than a biological reality because white supremacy and race itself are lies told by the system to protect the status quo. The entire struggle of The Matrix is an allegory for the centuries-old battle for Black liberation in America and how it exists in the policies of a nation as well as in the minds of the people.

The Blackness of The Matrix is more than just a cool pose; we are more than guides for a white savior; we are a major part of this world. It respects Black people and harvests our brilliance and the spirituality and wisdom of Black people to help build a better world. If only America would learn to do the same.