Love & Hip Hop: Atlanta star Steven “Stevie J” Jordan may be in the market for a new divorce attorney as his court battle with wife Faith Evans enters its third month.

The music producer and reality TV show veteran’s current divorce lawyer Kimia Klein, of the law firm Fox Rothschild LLP, filed a motion on Tuesday to dismiss him as a client, according to court records obtained by theGrio.

Jordan filed his petition to divorce Evans on Nov. 8 after accusing her of infidelity. He and Evans married three years ago in a surprise Las Vegas ceremony.

Jordan’s attorney cited an “irremediable breakdown” in their relationship as the reason for her request to drop him as a client. 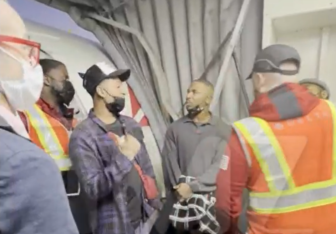 “Despite several attempts by my office to informally resolve the issues with Steven, we have been unsuccessful in resolving the issues,” Klein wrote in her filing. The lawyer declined to reveal the cause of the conflict between her and Stevie J., citing attorney-client privilege.

“The relationship has broken down sufficiently so that my colleagues and I cannot continue to represent Steven,” she said.

A hearing date to resolve the matter has been set for March 28, court records show.

In December, Stevie J filed a motion requesting a monthly spousal support stipend from Evans, who asked for a judge to dismiss the request less than a week later.

Evans also requested that “all property acquired prior to marriage, by gift, inheritance, or devise, and after the date of separation” be given to her, as theGrio previously reported. 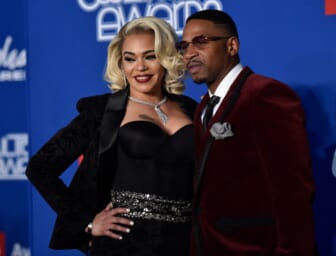 Stevie J publicly apologized to Evans in late November for “talking crazy” to her after a profanity-laced video of him accusing her of cheating on him went viral on social media earlier the same month.

“You’re an amazing person,” Jordan told his wife in his apology video. “I’d like to apologize to your family, they don’t deserve that either. No, she ain’t cheat. I was just in the moment — you know how us guys do.”