The ongoing divorce proceedings between Faith Evans and Stevie J continue. According to recent reports, Evans has responded to the producer’s recent request for spousal support.

Court documents obtained by The Blast earlier this week confirmed that Stevie J was requesting a month stipend from Evans, who he is currently in the midst of divorcing, theGrio previously reported. In the documents, “Spousal or domestic partner support payable to” and “petitioner” were checked off underneath the Spousal or Domestic Partner Support section.

“Terminate (end) the court’s ability to award support to” and “respondent,” were also checked off, with Evans being the respondent and Stevie J being the petitioner in this instance. 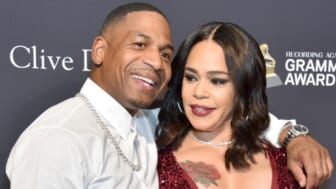 Radar Online has obtained the latest court documents, which show the singer hitting back at her soon-to-be ex-husband’s request. Per the reports, Evans has demanded that his request for spousal support be denied by the court. In addition, she also is requesting “all property acquired prior to marriage, by gift, inheritance, or devise, and after the date of separation” to be given to her.

Radar Online also reports that Stevie J listed the date of separation as of October 19, 2021. Curiously, this does not match the date that Evans has provided. The “Love Like This” singer listed May 29, 2020 as the date of separation, over a year before Stevie’s. As of now, the judge has yet to make a decision regarding the spousal support request.

The couple officially got married back in 2018 in a surprise ceremony in Las Vegas. At the time, the two had known each other for over 20 years. Stevie J produced several songs for the singer as he was a popular in-house writer and producer in the mid-1990s for Bad Boy Records. 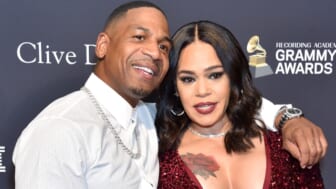 The two filed for divorce in early November. Just a few days later, however, Evans shared videos of the couple together on the beach doing cartwheels by the water with the caption, “Get us free, bruh! @hitmansteviej_1.”

Evans has also had a busy year professionally, as she was recently revealed to be The Skunk on the popular singing competition series, The Masked Singer. She wrote in an Instagram post following her reveal, “My real #Faithfuls know it was Big Fizzy behind the #SkunkMask! #TheMaskedSinger will return with more duets and reveals next Wednesday on @FOXTV.”